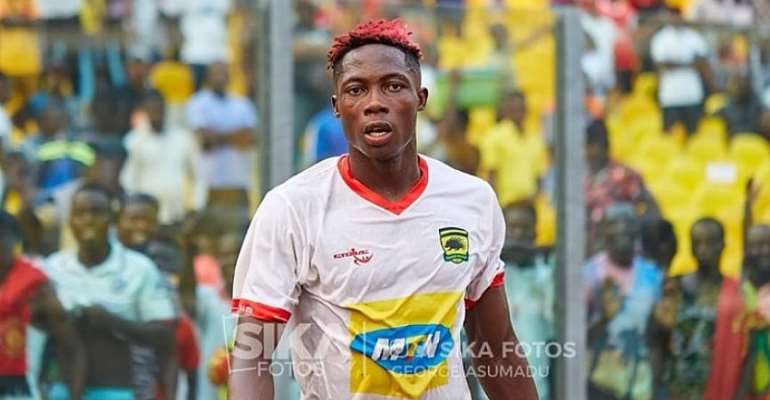 Ghana Premier League side, Medeama SC have reportedly quoted a price tag of $80,000 for midfielder Justice Blay if only Asante Kotoko wants to make his deal permanent his the expiration of his loan spell with the club.

The 27-year-old joined the Porcupine Warriors on a season-long loan deal from the Yellow and Mauves lads in July 2019.

Kumasi-based Oyerepa FM reports that Medeama SC are demanding a transfer fee around $80,000 for the sale of the indefatigable midfielder who has strongly established himself as a key member for the Ghana Premier League powerhouse since his arrival in Kumasi last year.

Kotoko head coach Maxwell Konadu has hinted plans are underway by officials of the club to sign Justice Blay permanently but the Tarkwa-based club are not ready to take any amount less than $80,000 to let their star boy exit the club.

He has scored two goals in his six-game games for the Porcupine Warriors in the ongoing Ghana Premier League.