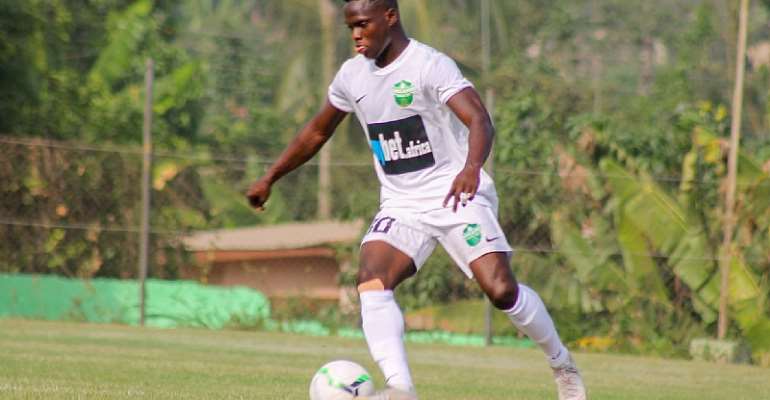 Following a shocking 2-1 defeat at the hands of Ebusua Dwarfs on Match Week 6 of the 2019/2020 Ghana Premier League season, Dreams FC winger Emmanuel Ocran says the Dawu-based side will go for all the 3 points when they host Hearts of Oak this weekend.

The Still Believe Lads are set to host to the Phobians in a Match Week 7 fixture of the ongoing season with both sides hoping to bounce back from various defeats from their previous matches.

While the stage has been set up for a mouthwatering encounter at the Theatre of Dreams, the home team holds a slight advantage over the Rainbow lads who have failed to play as giants in the ongoing campaign.

Speaking ahead of the match with Hearts of Oak, Dreams FC talisman Emmanuel Ocran says they have no other option than to beat their opponent on Sunday especially looking at the fact that they lost their last game.

“I am not too happy you know. Today we couldn’t win the game [against Dwarfs on Monday] and I think in football we have drawn, win, or lose. Once we have lost we have to put this game aside and focus on the next game against Accra Hearts of Oak.

“We have to take the 3 points and then we move from there”, Dreams FC winger Emmanuel Ocran stressed.