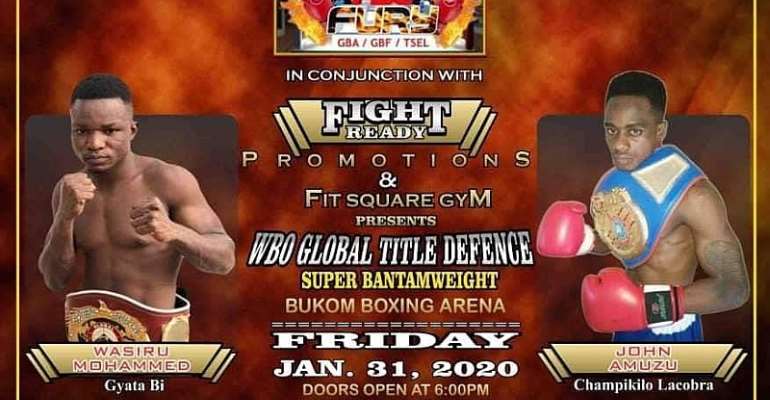 The Bukom Boxing Arena will be the action spot once again on Friday night when the second edition of the Bukom Fist of Fury Boxing League and Professional Fight Night comes up.

The whole package is a thriller as the future champions start their march to stardom.

Featuring on the professional bill are enticing bouts:

Sensational Faisal Abubakari of the Bronx Gym will take on Nii Akrofi of Indigo Gym, while Prince Okoe Nartey of the Tema Gym fights Philip Kweku of Remember Gym.

Plange was supposed to fight Tanzanian John Chuku for the WBO Global title, but the bout has been rescheduled due to financial constraints.

Before the professional bouts, there would be 14 clubs including regional teams competing in the Bukom Fist of Fury Boxing League.

The Bukom Fist of Fury league which has attracted much media support is sponsored by ADB and TSEL.