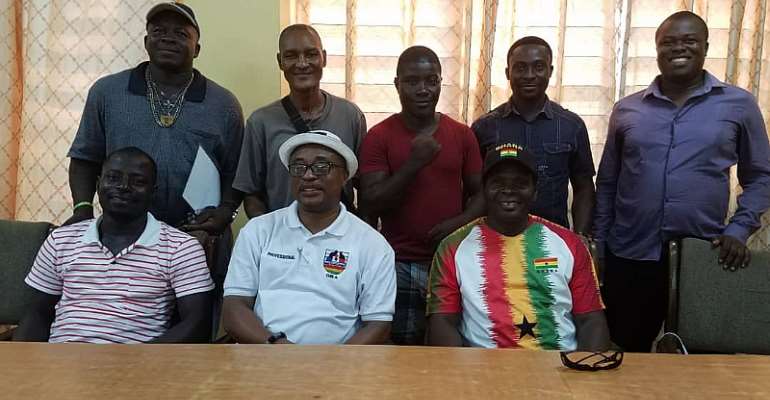 Dr. Kwesi Ofori Asare, technical director of the Ghana Boxing Federation (GBF) is on a regional tour to familiarize with the state in boxing gyms in the country, ahead of the 2020 edition of the Bukom Fist of Fury Boxing League.

His first point of call was in the Cape Coast where he met Mr. Twinto Walker, the hardworking Central region boxing director.

He also visited some gyms in Tarkwa and Takoradi in the Western region.

According to Dr. Asare, it is good for the GBF and organisers of the Bukom Fist of Fury programme to know the conditions and problems of the boxers and coaches in the gyms around the nation as other regions would be competing with the Greater Accra clubs.

He hinted that the GBF in collaboration with the Ghana Boxing Authority (GBA) are coming up with a refresher course for coaches and seconds before the League begins on January 31 at the Bukom Boxing Arena.

An awards night is expected to be held on January 18 to honour thriving boxers and other stakeholders who contributed to the success of last year's boxing league.

Notably, this year's Fist of Fury Boxing League would include Regional teams from the Ashanti, Brong Ahafo, Western, Central and Volta.

The Fist of Fury is a collaborative venture between the Ghana Boxing Authority (GBA), the Ghana Amateur Boxing Federation (GBF) with the support of companies like Trust Sports Emporium Limited, GNPC, ADB, GOIL and MJ Grand Hotel.