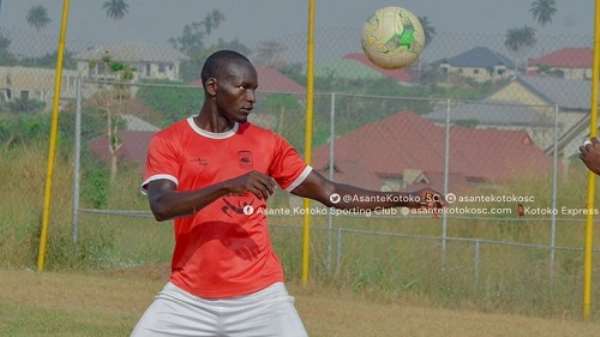 The lanky forward joined the Ghana Premier League heavyweights from Kariobangi Sharks in Kenya in July 2019 under former coach, Kjetil Zachariassen as we beefed up our squad for the 2019/2020 Africa Cup campaign.

Abege earned two starts as we failed to make the CAF Champions League and Confederation Cup group stages this season and was barely used in any competitive domestic game afterwards.

He struggled to cement his place in the team started under Kjetil Zachariassen and continued through Assistant Coach Johnson Smith's era as Caretaker Coach following the sacking of the Norwegian trainer.

The striker's lot did not improve under Maxwell Konadu who has been in charge of the technical team since December 2019.