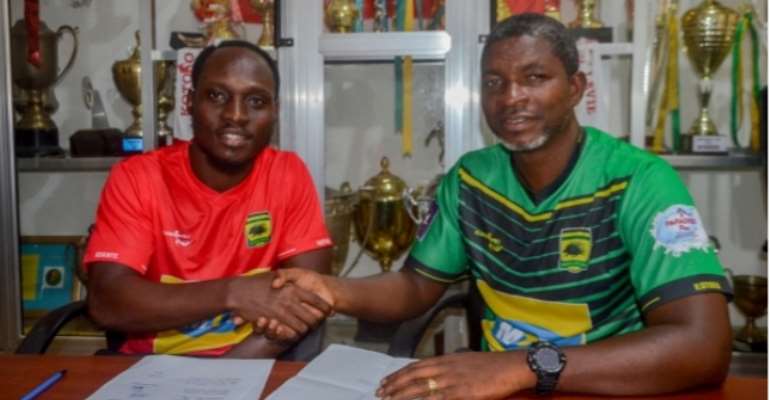 The announcement comes 24 hours after head coach for the Porcupine Warriors Maxwell Konadu noted that his services will be secured today.

"We see that there is the need to beef up our striking department and so are signing William Opoku Mensah, tomorrow”, the gaffer said at a post-match press conference on Sunday when the Porcupine Warriors lost 1-0 to Berekum Chelsea.

William Opoku Mensah, 24, is no stranger in the Ghana Premier League after featuring for Karela United prior to the airing of the Number 12 video by Anas Aremeyaw Anas.

His hat-trick against Hearts of Oak in 2018 made him an instant impact before the Ghanaian top-flight was sent into limbo.

Now a striker for the Reds, he will be hoping to hit the ground running to ensure he makes a name for himself among the faithful Kotoko supporters.

He last played for Major League Soccer (MLS) side Kansas City before returning to Ghana on the back of injury setbacks.