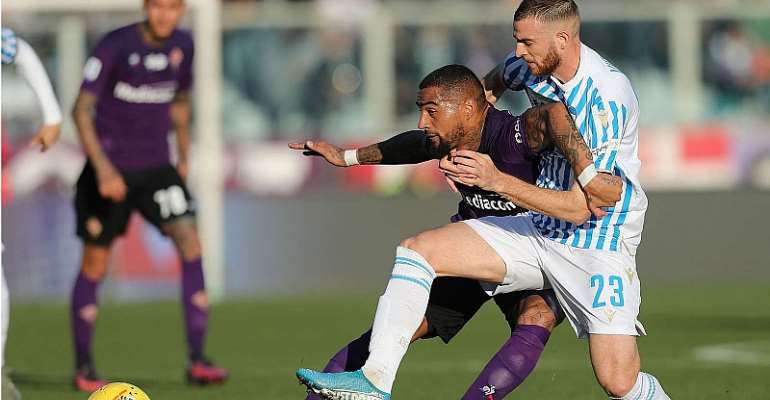 Kevin-Prince Boateng played a vital role in Fiorentina’s 1-0 Serie A win over SPAL at the Artemio Franchi on Sunday.

La Viola started the new year with a 1-1 draw away to Bologna last weekend, and thus needed to take victory on home soil over the top-flight’s bottom-placed count.

Centre-back German Pezzella popped with the sole goal of the match in the 82nd minute.

The Ghana striker only featured in the first 45 minutes, contributing 17 touches, seven accurate passes (53%) and one key pass, before being replaced by Dusan Vlahovic.

The 32-year-old was flagged for offside once, he was very strong in the air, winning two of three aerial duels, while also making one clearance.

Sunday’s victory moves Fiorentina above Sassuolo on the Serie A log to 14th place, with a tough away trip to Napoli coming up next Saturday.

Boateng’s only league goal this season came against the Partenopei on matchday one, which ended in a 4-3 defeat.