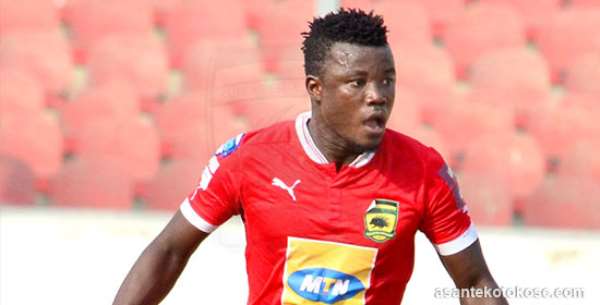 Modernghana Sports can report that Ghanaian international Jackson Owusu is on the brink of joining Kenyan Premier League side Gor Mahia.

The former Kumasi Asante Kotoko and Berekum Chelsea midfielder has been on the radar of the club since the transfer window opened.

According to reports, former manager for the Porcupine Warriors Steve Polack was impressed with the display of the midfielder when they worked together in the past.

Now coaching Gor Mahia, the English tactician wants to bring the Ghanaian on board to boost his squad in the 2019/2020 top-flight campaign of Kenya.

It is now understood that Jackson Owusu has arrived in Nairobi to complete negotiations and sign the necessary contracts.

The midfielder will join the side as a free agent after partying ways with Kotoko 10 months ago on the back of a short loan spell with Lebanon-based club Al-Tadamon SC.