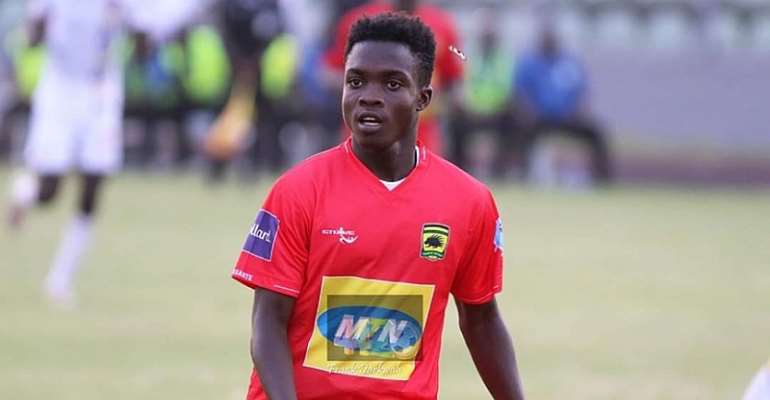 The talented winger was unveiled at the Baba Yara Sports Stadium on Saturday evening in front of the supporters of the club.

Cudjoe joined the Porcupine Warriors from Division One League side Young Apostles FC.

Having acquired the nickname 'Messi', Cudjoe has been touted as one of the best young players to be watched out for in the 2019/20 Ghana Premier League season.

He was discovered during the maiden edition of the Baby Jet U-16 tournament which was organized by Ghana legend Asamoah Gyan in 2018.

However, he was unsuccessful after a trial with Italian Serie A side Bologna.

Cudjoe was part of the Black Satellites squad that represented Ghana U20 at the 2019 Africa Games held in Morocco.

The youngster was the top goal scorer of the BabyJet U-16 tournament.

Asante Kotoko will entertain Eleven Wonders in the matchday one of the Ghana Premier League.