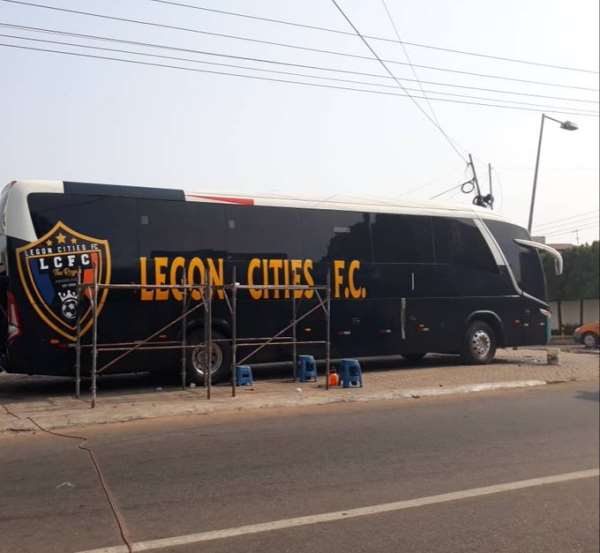 Ghanaian top-flight side Legon Cities FC has launched its new bus ahead of the start of the 2019/2020 Ghana Premier League season which has been scheduled for Sunday, December 29, 2019.

The team has seen tremendous rebranding in the last 24 hours where they have had a name change, a logo change, as well as jersey unveiling.

The motive behind the changes is to give the club a distinct new look different from when it was owned by former Ghana Football Association (GFA) president Lawyer Kwesi Nyantakyi.

Ahead of the opening weekend of the GPL, they have outdoored a branded bus that will be used by the team for their travels, especially for away matches.

Formerly called Wa All Stars, Legon Cities FC will play their first match of the season in an away game against Dansoman-based Liberty Professionals at the Carl Reindolf Park.

They are expected to travel with the team bus tomorrow and will look to grab their first 3 points of the season.