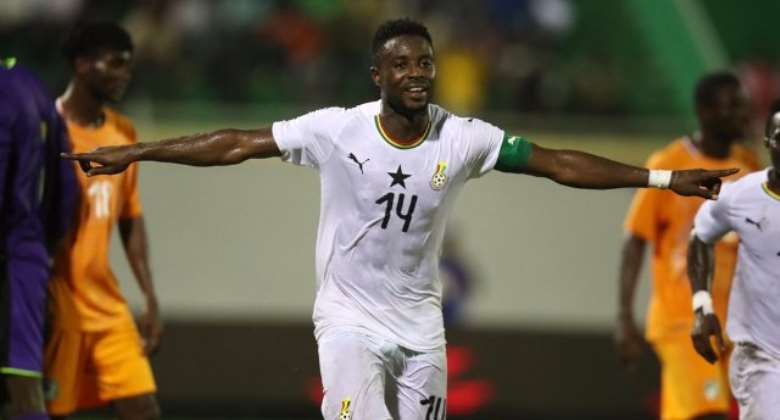 After months of uncertainty, the Ghana Premier League is upon us and will start this weekend. 18 clubs will battle it out for the coveted trophy and the pride that comes with being referred to as Ghanaian champions. But for any of the clubs to achieve that, they need lethal strikers.

Lethal strikers have always made the difference in the league and it’s never been unjustified. They are held in high regard by the supporters, who want a handful number of goals in a game.

This year will be no different. Joy Sports brings you the top five players tipped to end the season with golden boot award.

The last five winners of the golden boot needed to score at least 16 goals. A number the selected five are capable of achieving.

Shafiu Mumuni – AshantiGold
No doubt Shafiu Mumuni is the most in-form player heading into the new season. This makes it easier to back him to finish as top scorer.

He has churned out impressive numbers this year and it came as no surprise that he made the Black Stars squad for the qualifiers against South Africa and São Tomé and Príncipe last month.

Shafiu scored four goals in CAF Confederation for Ashanti Gold, finished as top scorer at the WAFU Cup of Nations in Senegal with three goals and netted six times in the NC Special competition.

Yahaya Mohammed is one of the finest and experienced strikers in the league and will certainly be eyeing the golden boot this term, having come close in the recent seasons.

The Aduana Stars attacker has established himself as a guaranteed 10-goal scorer. Provided he gets proper supply, this may finally be his season to win the individual trophy.

Diawisie Taylor makes the list and it is well-deserved having finished as top scorer in the NC Special competition with nine goals.

His achievement came as a huge surprise having been relatively unknown prior to the start of the tournament. This time is he is known and will be determined to improve and win the golden boot.

According to reports, he is on the verge of joining Aduana Stars.

Prince, despite his lack of Premier League experience, makes the list because he has demonstrated that he has the qualities of upstaging the odds.

The striker shot to prominence when he scored nine goals and provided three assists in his 10 appearances for New Edubiase United in NC Special Competition.

This sensational run earned him a call-up into the Black Stars B and he didn’t disappoint. He grabbed a couple of goals which secured him a ticket to WAFU Nations Cup where Ghana finished second.

Medeama signed him upon his return from the tournament. Since joining Medeama, he has shown no signs of slowing down, scoring for fun in preparatory games.

Lomotey is one of the proven goal scorers on the local scene, consistently featuring in the top scorer's chart in the past two seasons.

This has earned him call-ups to the national teams – Black Stars B, Black Satellites and Black Meteors. He is being courted by clubs abroad. The most recent was Finnish side KuPS FC.

He has scored an average of 10 goals in each of the last two seasons and is expected to improve on that having garnered enough experience and also assured of the best of supplies from his teammates.