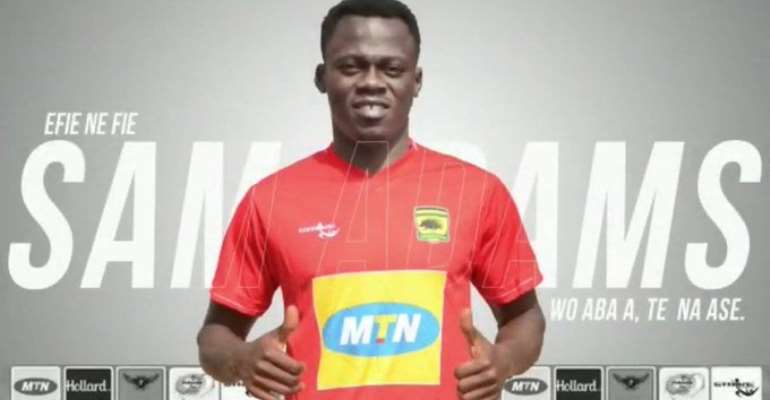 The 28-year-old signed a two year deal with the Reds.

A statement on the club website read, "We are delighted to confirm the signing of Sam Adams on a free transfer."

The versatile midfielder has been on trials with the club for weeks now, and his signing confirms the technical bench's satisfaction of his output.

Adams was a key figure for the 'Ogya Lads' in winning the 2016/17 Premier League title and their Super Cup triumph in 2018.

He captained the side a lot of times during the 2018 Champions League and Confederation Cup campaigns.

Adams is one of the best players in the Premier League in the aforementioned positions.

His arrival thus comes as a major boost to Coach Maxwell Konadu's Porcupines as they prepare for the 2019/20 football season.