Kim Grant Told To Step Aside By Hearts Of Oak Management 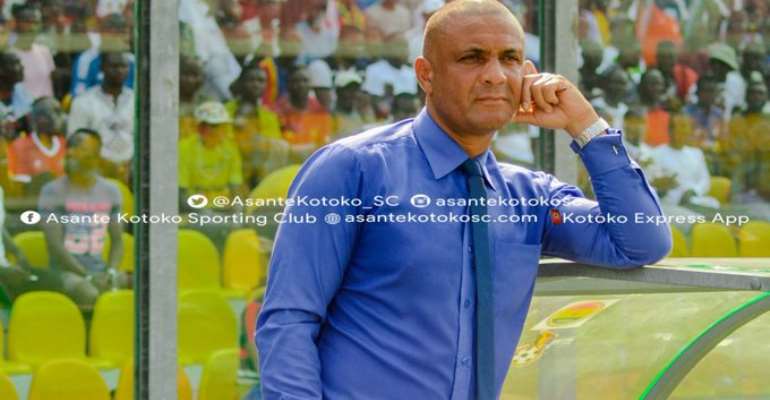 The management of Accra Hearts of Oak has asked head coach, Kim Taryn Grant, to step aside after failing to secure a CAF Linscince A certificate to lead the club ahead of the new GhanaPremier League season.

The former Ebusua Dwarfs technical director who was waiting for his license A coaching certificate from the British Coaching Board dashed off in a meeting with Hearts of Oak board to the GFA secretariat to explain queries after it was revealed his coaching certificate is B and cannot be a head coach of any Premier League club.

Assistant Coach Nii Duodu Odoom has been appointed to take his place as the Head Coach of the Club.

The pressure on Grant to leave the club doubled up when he lost the President Cup against Asante Kotoko in Kumasi.

However, it has also been reported that former coach of the club, David Duncan is on the verge of taking over the club.

Duncan left the club in 2016 but sources close to the club say the impasse between Duncan and Togbe Afede has been resolved.

Hearts of Oak host Berekum Chelsea in the Ghana Premier League matchday one.

Savannah: NADMO to clear buildings on waterways after heavy ...
42 minutes ago