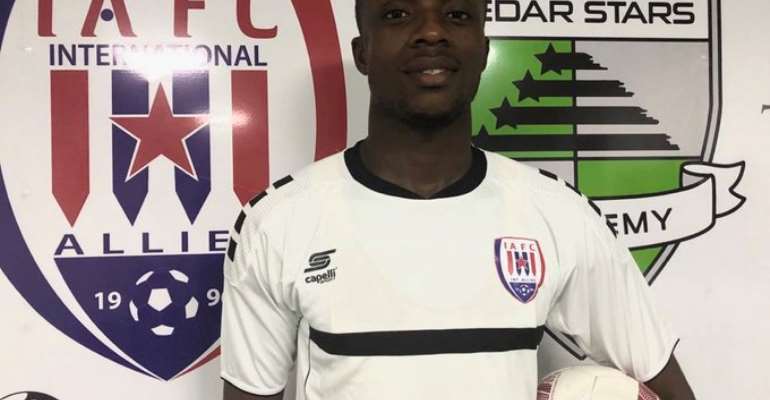 Ghana Premier League side Inter Allies has announced that they have completed the signing of former Obuasi Ashanti Gold goalkeeper George Apronti ahead of the kick-off of the new season.

The experienced goalkeeper is joining the Capelli Boys on a free transfer after partying ways with the Miners at the end of the last season.

Inter Allies believe the signing of the shot-stopper will give them a boost in their goalkeeping department as they look to challenge for triumph in the upcoming campaign.

In an interview with Inter Allies’ website after the deal was completed, Technical Director for the side Willie Klutse said, “George has shown he’s a very good goalkeeper and we are excited that he chose to play for our Club.”

He continued, “We look forward to his contributions ahead of our upcoming season.”

George Apronti is the third player Inter Allies has signed in the last 24 hours. The club earlier confirmed the capture of fullbacks Evans Osei and Richard Acquaah, as well as Ben Yaro.