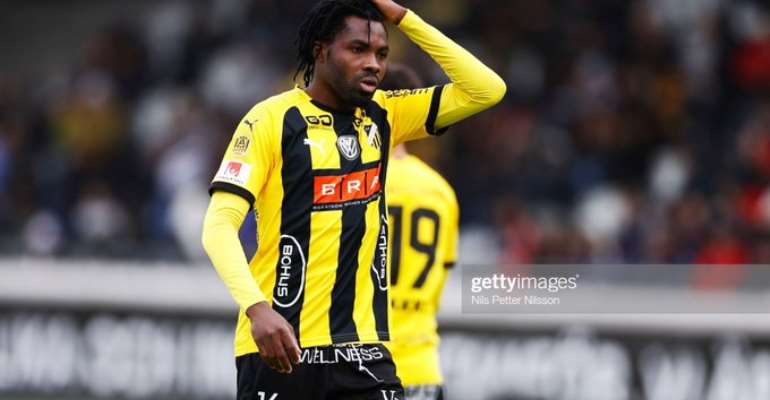 Swedish top-flight club Falkenbergs FF has completed the signing of Ghanaian striker Kwame Kizito ahead of the new season, Modernghana Sports can report.

The forward has joined the side after leaving BK Hacken where he impressed during the last campaign. During his stay in the last term, he managed to score 3 goals and provided 3 assists after making 15 appearances.

His performance has impressed Falkenbergs FF who has now splashed the cash to sign the Ghanaian.

The former Accra Hearts of Oak man has agreed to a 2-year contract and will be with his new club until 2021.

Kwame Kizito is gradually making a name for himself in Sweden and will hope to enjoy further success with Falkenbergs FF.

He was a member of the Black Stars B team that won the 2017 WAFU Cup tournament hosted in Ghana but is now targeting a call-up to the main senior national team.