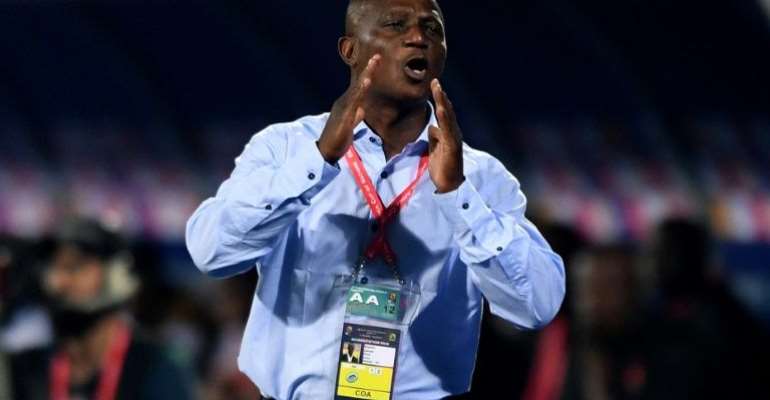 Member of Parliament [MP] for Lower Manya Krobo Constituency, Ebenezer Okletey Tei-Larbi, has reiterated that head coach of the Black Stars, Kwesi Appiah must be shown the exit.

The future of Kwesi Appiah has been questioned by many football enthusiasts.

The 54-year-old came under pressure for failing to win the 2019 Africa Cup of Nations in Egypt.

The Black Stars were crashed out of the tournament losing to Tunisia on penalties.

According to him, the former Al Khartoum boss has failed to give out his best to make the team successful after the Black Stars’ shocking Round of 16 exit during the tournament.

“As a coach when you lose two or three times, you leave and so Kwesi Appiah should just leave.

"He is not performing at all,” he said on Adom FM’s morning show Dwaso Nsem, Thursday.

The Black Stars coach, however, says, he is not perturbed about calls for his exit but focused on propelling the Blacks Stars in reaching greater heights and believes Ghana’s outing at the last AFCON wasn’t that bad.

However, Mr Tei-Larbi, believes coach Appiah has been a disaster to the senior side.

He contended that Mr Appiah had so many chances to end the nation’s 37 years AFCON trophy drought when constant assurances were given that he had groomed the best team over his two years tenure for that task.