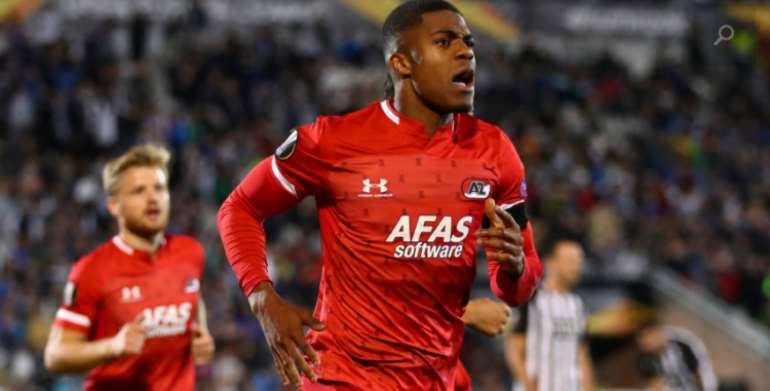 AZ Alkmaar striker Myron Boadu insists he holds no grudge in his heart against Ajax after scoring against them on Sunday.

Boadu punished Ajax with a 90th-minute strike to give AK Alkmaar the maximum points in the Dutch Eredivisie at the AFAS Stadion on Saturday.

The sharpshooter has a long-time history with Ajax after he was rejected from their academy.

Boadu was eleven years old when he went on trial at the famous Ajax academy.

He trained three times and played a friendly game in which he scored once. Quite a good trial but Ajax thought differently as they turned him down.

The Ghanaian descent, however, ended up AZ Alkmaar. The Reds called him two weeks after he came home in tears from his final trial at Ajax and gave him a chance.

Whenever the 18-year-old played against Ajax in the following years, he was extra stimulated.

He always wanted to show that they were wrong in rejecting him.

However, he says he no longer has such feelings:
“That was especially something in the first two years. Then I was extra driven.”

Boadu is enjoying a prolific season at the club this term, scoring 11 goals and providing 5 assists in 16 games.

He has also netted 6 goals in eleven games in the 2019/20 UEFA Europa League campaign.