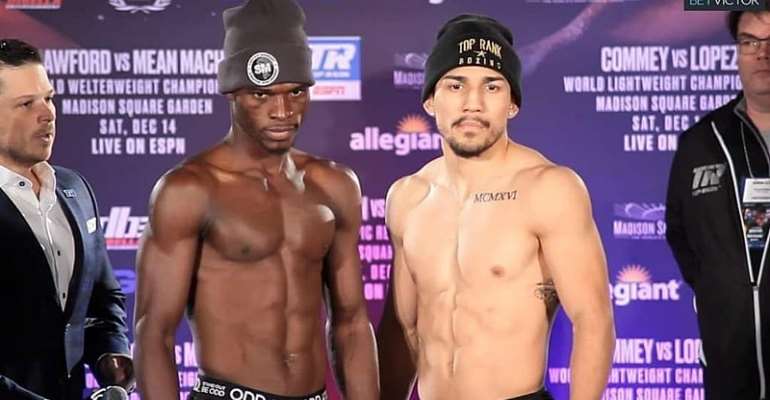 Richard Commey emerged as the champion of the division back in February of this year after defeating Russia’s Isa Chaniev through a Technical Knockout (TKO).

In his first defense of the title which came in June, the Ghanaian knocked out Ray Beltran after 8 rounds to retain his title.

Richard Commey is now set for cracking showdown with the highly-rated Teófimo Andrés López Rivera for his second defense of the enviable IBF Lightweight title to end the year.

Both boxers have a very good record backing them but a huge age difference has forced pundits to predict the outcome of the bout in favour of the challenger.

The high profile bout between Commey and López will come off at the iconic Madison Square Garden, New York, at 03:00GMT.