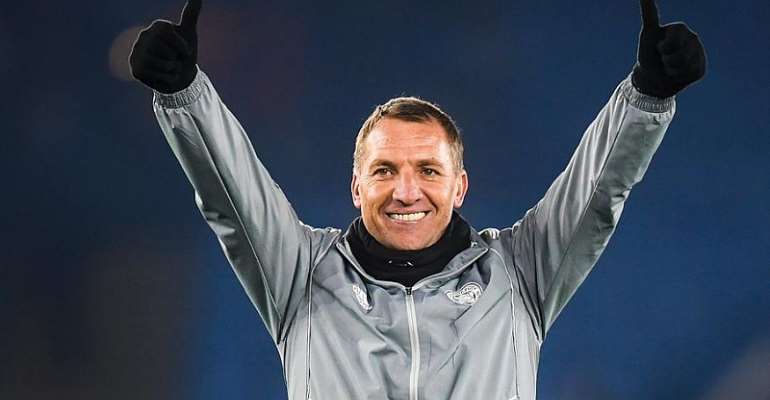 Leicester City have extended manager Brendan Rodgers's contract until June 2025, the Premier League club said on Friday after he had been linked with the vacant coaching role at Arsenal.

Rodgers, who left Scottish side Celtic to take charge at Leicester in February, has overseen a change in fortunes at the club who now sit second in the league standings with the best defensive record, having conceded only nine goals.

The Northern Irishman was linked with the Arsenal job after they sacked Unai Emery last month and created a stir when he said there was a "release clause" in his contract. He has since reiterated his desire to continue working at Leicester.

"When I made the decision to come to Leicester City, it was because I was excited about the direction the club was taking and how I could apply my experience to the journey," he said in a statement https://www.lcfc.com/news/1519565/brendan-rodgers-signs-new-leicester-city-contract/press-release.

"I came here with a purpose to add something to that and to help the club build for the future.

"I've inherited an outstanding team of staff that are dedicated to progress and improvement and we have a group of players that are a joy to work with every day."

After starting the campaign with two draws, Leicester have since won 11 of their last 13 games – including their last seven – to leapfrog defending champions Manchester City and sit eight points behind Liverpool.

Leicester are next away at Aston Villa on Sunday.