Race For GFA Vice President: Will It Be Dr Aubynn or Randy Abbey? 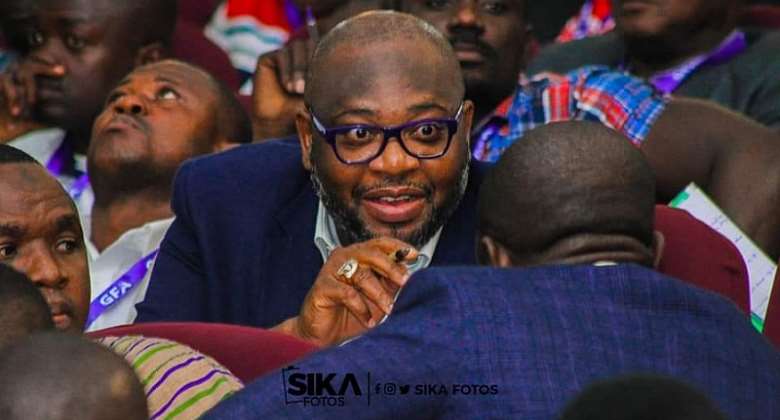 New Ghana Football Association (GFA), Kurt Okraku, hit the ground and got down to work running less than 24 hours after being elected into office as he made a momentous visit to the GFA Secretariat at Ridge in Accra where he reportedly held a meeting to commence his reign as the 24th president of the FA. In the coming days, however, one of the important things he would be preoccupied with is who becomes his vice in the administration of the game during the next four years.

At the first meeting of the decision-making Executive Council (ExCo), a vice-president will be elected, according to the new GFA statutes, with Dr Toni Aubynn and Ransford (Randy) Abbey emerging as favourites to be elected to the influential position.

Under the new body of statutes, Mr Okraku will not have the luxury of handpicking his second-in-command as was the case when his predecessor, Kwesi Nyantakyi, handpicked George Afriyie as his vice and sacked him in controversial circumstances when the two men fell out last year.

Even though all the 11 members of the ExCo are qualified to be elected as vice-president, the Heart of Lions’ president and Dr Aubynn, the Board Chairman of Premier League side Medeama, are frontrunners for the influential role given their rich experience in football, new perspectives they bring to the FA and their appeal to the corporate world and the public.

Asante Kotoko’s CEO, George Amoako, is said to be the best outsider for the post.

However, Abbey and Dr Aubynn have been tipped to be the two frontrunners for the vice-president position considering their background in both the game and the corporate world.

As spokesperson for the GFA, Mr Abbey was seen as one of the pillars behind Mr Nyantakyi’s first term which chalked up many successes, including back-to-back FIFA World Cup appearances in 2006 and 2010. He later became the CEO of defunct Premiership side Kessben FC, having started his journey in football administration as spokesperson for Hearts of Oak on whose ticket he was elected to the GFA Executive Committee in 2005 and exited in 2010 after he acquired majority shares in Division One side, Heart of Lions.

Dr Aubynn is also seen as a good choice to assist Mr Okraku as he wields a wealth of experience in corporate governance and is well respected in the corporate world, having previously worked with oil giants Tullow Ghana Limited, Ghana Chamber of Mines and the Minerals Commission where he was its CEO.

He was the Director of Corporate Affairs and Sustainable Development of Gold Fields Ghana Limited whose sponsorship of the Black Stars was instrumental in Ghana’s first World Cup qualification where he worked closely with the GFA during the period of the sponsorship.

He is seen as one who would bring his rich managerial background to help shape the administration of the game and also bring his corporate appeal to bear on the FA at a time it aims to win back and partner the corporate world.