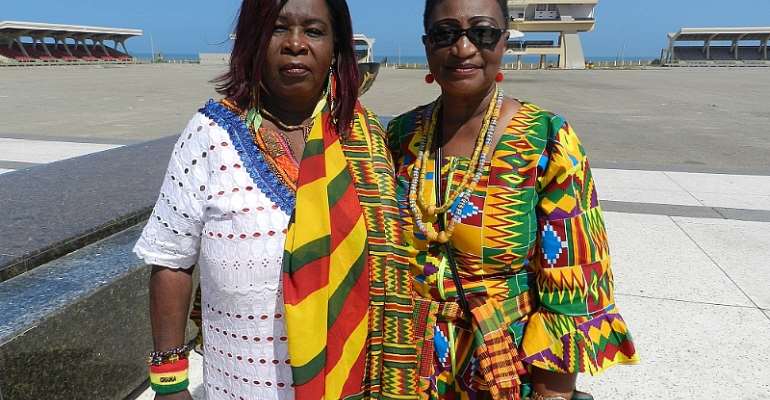 Madam Gloria Commodore, executive director of Women In Sports Association (WISA), an NGO that seeks to the welfare of sportswomen and also reward excellence among female sports personalities have commended the Ghana Football Association (GFA) for organizing a peaceful and fair election.

According to her, the event was very free and congratulated the delegates for their maturity and discipline to ensure that Ghana Football gets back on the field.

Madam Gloria Commodore, a veteran sports journalist who was a member of the IMC that oversaw the Sports Writers Association of Ghana (SWAG) elections said 2019 has been a season of elections and hopes that the new leaders are going to perform as expected and hoped that they would be supported by the entire football people.

She hinted that though she is not a keen football fan, as she loves boxing and athletics most, she was very excited about the GFA elections, because the whole world was watching Ghana, and she believed Ghanaians can deliver when and where it matters most.

She wished the winners all the best, especially Madam Habiba Atta Forson, who she had known over decades and worked with before.

“I know what Habiba Atta can do because last year WISA honoured her and she is still working harder than before, we wish her more grace and favour,” she said.

She also commended the media for their interesting reports before and after the elections.

Madam Commodore noted that some contestants were too sure, but they were surprised and others were confident to win.

She cautioned the new GFA to work hard to reform, redeem, revive, redeem and restore the dented image of Ghana Football.

In another development, the president of Women Sports Association of Ghana (WOSPAG), Mrs Joyce Mahama has also sent a congratulatory message to the winners.

She said WOSPAG and WISA have similar objectives to make Ghana Sports better and motivate more female participation in sports, not only at the playing or coaching levels but as administrators and managers.

She said the GFA elections results had surprised her very much, and now she knows that some people are not as popular as she thought.