Huge Boost for Esperance As Kwame Bonsu Returns From Injury 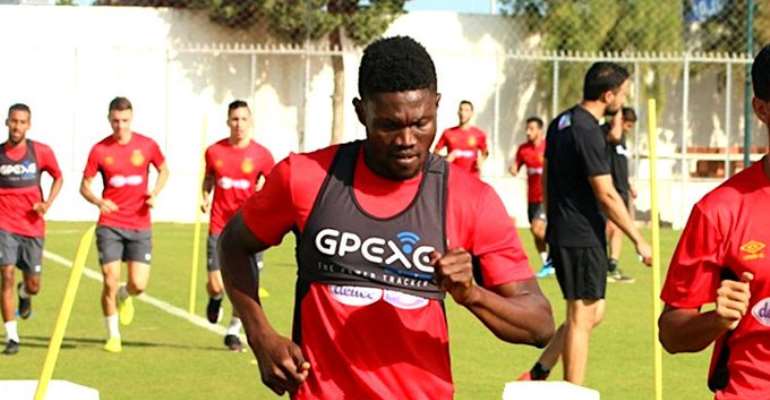 Tunisian side Esperance de Tunis has been given a huge squad boost following the return of Ghanaian midfielder Kwame Bonsu from injury.

The hardworking defensive midfielder has been out of action for the last couple of weeks after sustaining a slight foot injury.

Having missed some games in the process, Bonsu has finally recovered fully as the side continues their preparations for their upcoming fixture in the Tunisian top-flight league.

According to a post on the club’s official Twitter handle, the former Kumasi Asante Kotoko player started light training this weekend but managed to join his teammates in the early hours of Monday to take part in full-scale training.

He is now in line to enjoy some minutes this Thursday when Esperance hosts US Ben Guerdane at the Stade El Menzah at 13:30GMT.

Kwame Bonsu joined the North African club from Kotoko after establishing himself as one of the key assets of the Porcupine Warriors with his outstanding performance during their campaign in the CAF Confederations Cup last season.