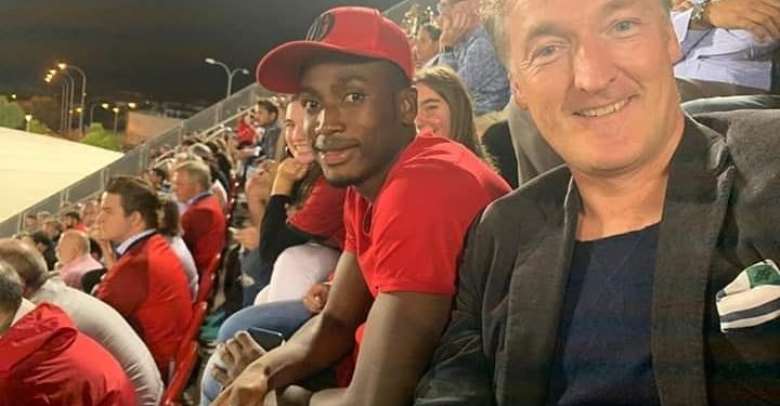 The Ghanaian left-back who is nursing an injury will not play until December but he was at the stands with his agent.

Baba Rahman who is on loan from Chelsea was the club’s first-choice left-back and played excellently in two games before suffering an injury in the 4-2 defeat to Getafe on September 26, 2019.

However, his fellow countrymen, Iddrisu Baba and Lumor Agbenyenu were in action against Madrid.