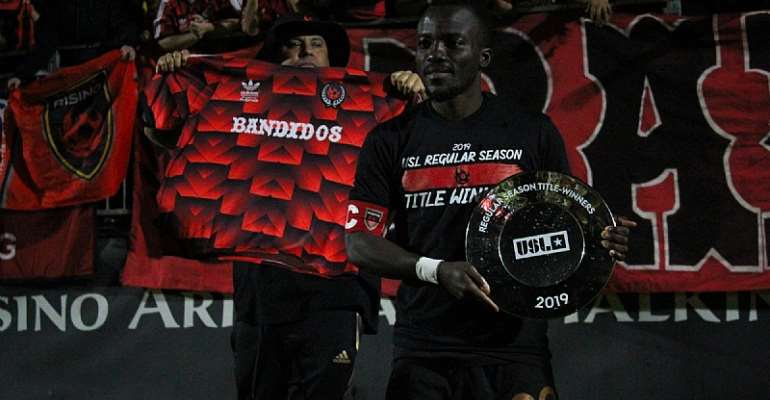 Head coach for Phoenix Rising FC, Rick Schantz has applauded the performance of his team captain Solomon Asante for his outstanding performance throughout the regular season of the United Soccer League (USL).

The pacey attacker has excelled for the team in the past year and has managed to lead them to clinch the Western Conference title while securing qualification to the playoffs.

In a Twitter post earlier today, manager Rick Schantz has praised his captain for his show of quality as well as his leadership skills.

The gaffer tweeted, “My Captain, I am fortunate to see his excellence every day. The most humble of leaders and a true professional. @Asante20Magic”.

Solomon has had probably the best season of his career after winning the golden boot award in the USL with a total of 22 goals. In addition to that, the former TP Mazembe man has been adjudged the top assist provider in the division with as many as 17.