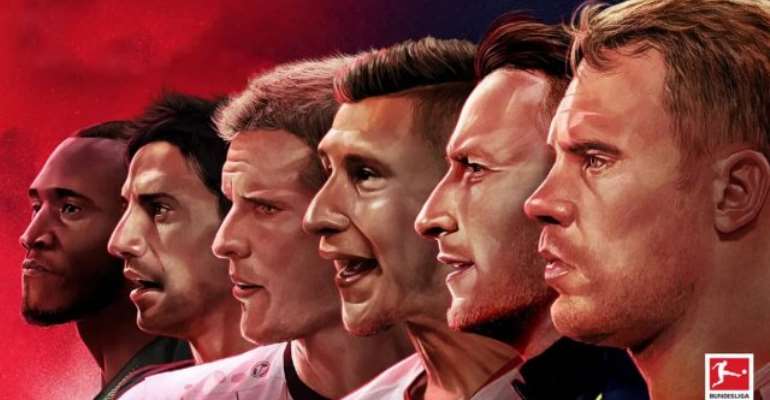 It's a sleepy town, most of the time. But on matchdays like on Sunday, the towns around these parts come alive when TSG Hoffenheim is involved.

"Hoffenheim is a town of about 2,500 people and very rural. The club is a vital part of the local fabric," TSG Hoffenheim Managing Director Peter Görlich tells Joy Sports.

He is speaking ahead of the Matchday 8 fixture with Bundesliga giants Schalke. A big crowd is expected at the Pre-Zero Arena because Schalke could go top of the table if they win. And Hoffenheim would love to spoil their party.

Seated with several journalists from across Africa, Europe and Asia, the MD explains the club's philosophy is honed by its origins.

"Look around you," he says, gesturing to the countryside outside the window of the TSG Akademie, where the briefing is taking place.

"This is basically a town in the middle of nowhere. Hoffenheim is a village, and we are a small club, in the context of the Bundesliga. 12th on the table before kickoff, Die Kraichgauer are not, by their nature, expectant of big things like winning the league.

Indeed, this StarTimes Media Tour, which has given the journalists present to experience the vibrant contrasts that exist among Bundesliga clubs, has shown the gulf in quality and expectation across the league.

On Saturday, the team visited Dortmund, a mammoth institution that draws an average of 50,000 fans per game - 81,365 attended this weekend's 1-0 win against Moenchengladbach. Later on Sunday, the team would watch TSG, in their modest 22,000 seater stadium, play Schalke.

"Because of this contrast, our marketing efforts are very unique and tailored. We look at nurturing supporters and creating a fanbase in the next 10-20 years," Görlich explains.

Having only gained promotion to the Bundesliga in 2008, it's not hard to see why an older generation of local residents support bigger teams like Bayern Munich, Dortmund, Wolfsburg and others.

What has helped TSG, undoubtedly, is the injection of financial support by billionaire owner Dietmar Hopp, who played for the team in his youth.

For African football observers, Hoffenheim is of interest because of a player development ethos. They specialise in scouring the globe for players snapped at moderate rates, and then sell them off after developing them into better talents.

The biggest example of this is Liverpool star Roberto Firmino, who was here for years between 2011 and 2011. His 38 goals in 140 games helped the team keep their place in the league for many years, and it was no shock that the English club came for him for big bucks.

"This is a model that can be replicated in Africa, even without a billionaire coming on board," notes Marcel Obry, a marketing director at another league side, Werder Bremen.

"My club has history, unlike Hoffenheim. But like Hoffenheim, we are also quite small, in German terms. This means we constantly cannot get big sponsors like those of Dortmund and Bayern and Stuttgart. The solution has been to be innovative for all 120 years of our existence."

He argues that local African giants like Hearts and Kotoko should spend time being crafty in their messaging, diligent in building a fanbase, and the money will follow. Success will be a by-product.

Sound advice. But are they listening?