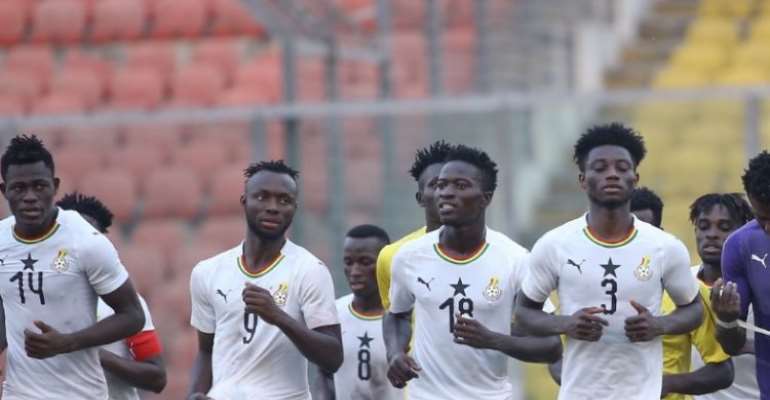 Ghana's preparations for the Africa U23 Championship has descended into chaos as foreign-based players have been ordered by the Sports Ministry to buy their own air tickets to enable join the national team.

The Black Meteors are preparing for next month's tournament in Egypt that will decide which country qualifies for the Olympic Games in Japan next year and the pre-tournament preparation has started in Accra.

Just the home-based players are training in the Ghanaian capital to put the side in the best shape with the Ghana FA seeking to give the side the best preparation.

However, Sports Minister Isaac Asiamah's outfit looks not to be keen for the country to qualify for the Olympic Games after ordering the foreign-based players who are the backbone of the squad to pay for their own air tickets to play for the country.

The players whose clubs are already reluctant to release them because the tournament falls outside the dates for international competitions now have to look for their own money to play for the country.

This disastrous move is likely to dissuade the players from joining the team as they are yet to be reimbursed their monies they paid for their air tickets to play in the final qualifier against Algeria that secured them the qualification for the tournament.

The step of asking players to pay for their own air tickets will also be a major factors in determining whether they would perform well as motivation would be low.

The Sports Ministry insiders say players have been asked to buy their own tickets to fly down due to unavailability of funds.

The ministry's desire to see the team qualify for the Tokyo Olympics is questionable as previous effort by the patriotic players to pay their tickets for the Algeria game has not been reimbursed Sports Ministry from sources is yet to repay the players previous money used to fund their own air tickets.

The bonuses for the players for qualifying the competition have also not been paid, showing that the attention to the team has returned to the ways of 1980s when national team stars were shabbily treated.