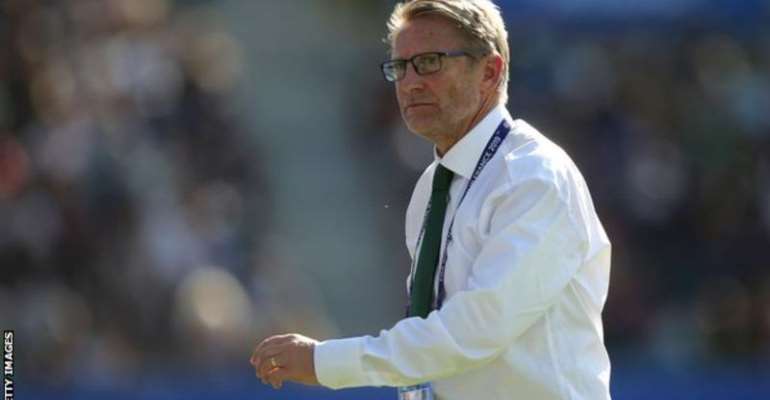 Thomas Dennerby has resigned as coach of Nigeria’s women’s team despite having a year left on his contract.

The 60-year-old Swede excused himself from the Super Falcons’ last two games due to a dispute with the Nigeria Football Federation (NFF).

He also refused to show up for a reconciliation meeting arranged by the country’s sports minister Sunday Dare.

BBC Sport understands that in his resignation letter, Dennerby, whose deal was due to run until the 2020 Olympics in Tokyo, cited unfulfilled contractual obligations including unpaid wages and a lack of both co-operation and accommodation in the country.

“Mr Dennerby has sent his resignation letter to the NFF and this doesn’t surprise anyone because he decided to stay away from the team last month,” a top NFF official told BBC Sport.

“He says he has now left everything with his lawyers and the NFF will make a statement at the right time.”

Under Dennerby the Super Falcons reached the last 16 of this year’s World Cup in France and won last year’s Women’s Africa Cup of Nations.

In his absence, and under the guidance of caretaker manager Christopher Danjuma, the African champions suffered a shock exit from the 2020 Olympic qualifying.

Appointed in January 2018 as a replacement for Florence Omagbemi, Dennerby also led the side to their maiden regional(wafu) title in May as part of the build-up to the World Cup.

The first foreign coach to both qualify for and lead Nigeria at the World Cup, his team’s run in France was the country’s best performance in two decades after their quarter-final finish in 1999.

Ken Agyapong is only brave on NET2 TV but actually a coward ...
4 minutes ago