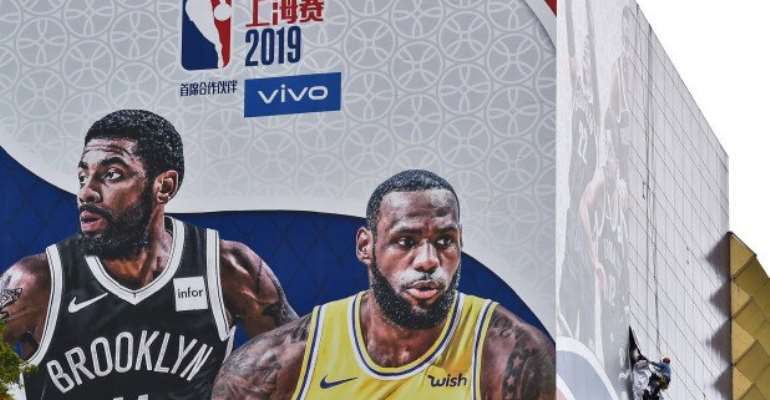 All of the NBA's official Chinese partners have suspended ties with the league as it grapples with the fallout from a team manager's controversial tweet about Hong Kong.

NBA China lists 11 wholly-owned Chinese companies as its official partners in the country on its website, all of which now say they have halted business with the league, according to a review by CNN Business of company statements and social media posts.

CTrip (CTRP), China's biggest online travel website, said Tuesday that it "dropped all NBA-related tickets and travel products" from its platform. Mengniu Dairy, one of the country's top milk producers, vowed to suspend "all commercial cooperation with the NBA."

Chinese fast-food chain Dicos also said it planned to suspend "all marketing and publicity activities" with the league, while the skincare brand Wzun said it would "terminate all cooperation with the NBA." 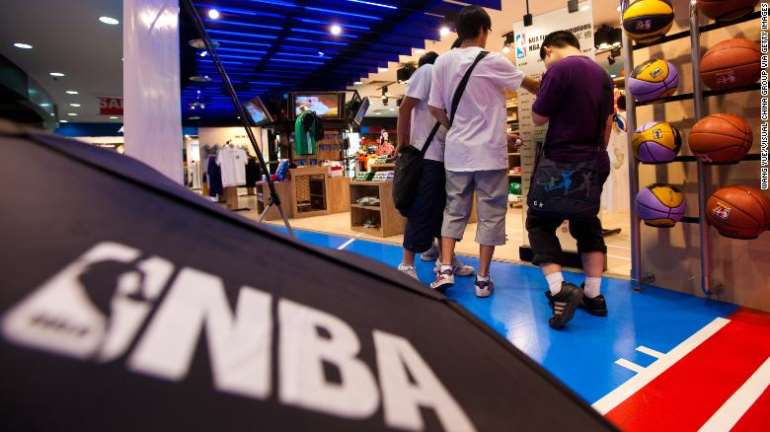 An NBA store in Beijing, China.
The firestorm began over the weekend when Houston Rockets General Manager Daryl Morey tweeted his support for the pro-democracy demonstrations in Hong Kong. His post, which has since been deleted, included an image that read, "Fight for freedom, stand with Hong Kong." The former British colony has been rocked by months of political unrest in a challenge to China.

On Monday, NBA Commissioner Adam Silver waded into the fray. He reportedly spoke to Kyodo News, a local news outlet in Japan, and expressed his support for Morey "in terms of his ability to exercise his freedom of expression."

In a statement the next day, Silver said the NBA could not regulate what "players, employees and team owners" say, and that the league was motivated by "far more than growing our business."

"It is inevitable that people around the world — including from America and China — will have different viewpoints over different issues," he said in the statement. "It is not the role of the NBA to adjudicate those differences."

That response has sparked outrage in China. Several NBA partners have spoken out defiantly over the last few days, saying China's sovereignty over Hong Kong is non-negotiable and disagreeing with the league's handling of the situation.

There's a lot at stake for the NBA. The Chinese market makes up at least 10% of the league's current revenue, and could reach 20% by 2030.

Changhong Electric, a major home appliance group listed as a partner on NBA China's website, said Monday that it felt "strong indignation to Morey's indifferent attitude and refusal to apologize," while Chinese sportswear giant Anta declared that it "firmly opposes and resists all acts that harm the interests of the motherland."

NBA China also lists two partners that are joint ventures between Chinese and international companies on its website. One of those, Dongfeng Nissan, said it would suspend all ties with the league in the country. Dongfeng Nissan is an automaker that is jointly owned by Japan's Nissan (NSANF) and China's Dongfeng Motor Group.

The other joint venture, Manulife Insurance-Sinochem, could not be reached for comment. It is controlled by Manulife, a financial services firm based in Canada.

Other Chinese companies that have sponsored some NBA activities in the past have also vowed to sever relations with the league.

Luckin Coffee (LK), the Shanghai-based beverage chain, said Tuesday that it would "suspend all cooperation," while smartphone maker Vivo said it condemned "the false remarks" made by Morey "as well as NBA's attitude indicating that it's indulging such behaviour."

"Vivo has always insisted on the principle that the national interest is above all else and firmly opposes any remark and behavior that constitutes a challenge to the national sovereignty and territorial integrity," the company said in a statement posted on Chinese social media platform Weibo on Tuesday. "Starting today, Vivo will suspend all cooperation with the NBA." 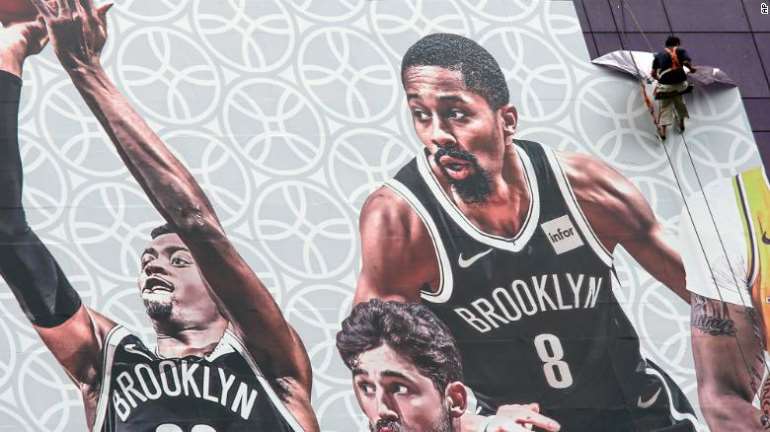 A worker taking down a billboard advertising an NBA preseason basketball game in Shanghai on Wednesday.

Other Chinese businesses had already expressed their discontent with the NBA earlier in the week.

Tencent (TCEHY), the NBA's exclusive digital partner in China, said Tuesday that it would no longer live-stream pre-season games in the country after a similar move by CCTV, China's top state broadcaster. Shanghai Pudong Development Bank and Chinese sportswear giant Li Ning also said over the weekend that they would discontinue partnerships with the team.

The decisions have immediate implications. The Los Angeles Lakers and Brooklyn Nets are set to face off in Shanghai on Thursday, followed by a rematch in Shenzhen on Saturday.

Many social media users in China have been calling for boycotts of the NBA events, and on Wednesday, a man was seen tearing down a billboard advertising the Lakers and Nets game in Shanghai.

The Shanghai Sports Federation canceled an NBA event on Wednesday just hours before players were scheduled to meet with fans. The move came after several Chinese celebrities pulled out of the gathering, and said they would no longer attend the match scheduled on Thursday.

So far, most of the league's international partners in China have stayed silent. Nike (NKE), Adidas (ADDDF) and Under Armour (UA) have not issued statements on the matter, and did not immediately respond to requests for comment.

But signs of strain are starting to show up. On Wednesday, Clear, a haircare brand owned by consumer goods giant Unilever (UL), said it would suspend all ties with the NBA in China.