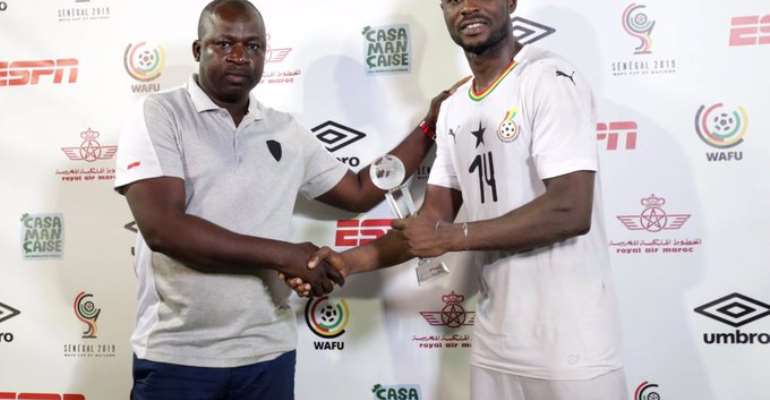 Ghana striker Shafiu Mumuni was crowned man of the match after his fantastic hat-trick gave his side an emphatic 3-1 win against Ivory Coast on Tuesday night.

The Black Stars ‘B’ captain, became the first striker to bag a hat-trick in the tournament with all coming from a header.

The Ashantigold talisman scored to give his side a first-half 1-0 lead before adding two more goals in the second half to power the defending champions to back-to-back finals.

After the game, Mumuni’s impressive performance didn’t go unnoticed as organizers of the tournament awarded his with the enviable prize.