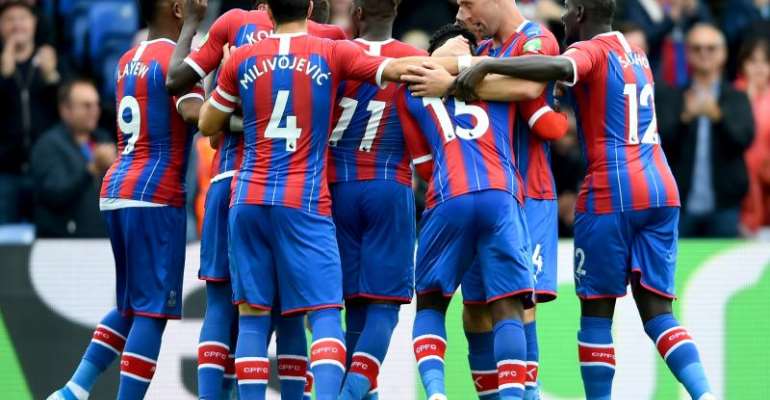 Ghanaian striker Jordan Ayew enjoyed full throttle for Crystal Palace in their 2-0 taming of Norwich City at the Selhurst Park in the English Premier League earlier this afternoon.

The in-form attacker was handed a solitary striking role by manager Roy Hodgson as the side chased win number 3 on match week 7 of the ongoing 2019/2020 season.

The Eagles put up an impressive performance and cruised to a deserved victory, scoring a goal in each half.

Serbian midfielder Luka Milivojevic expertly converted a 21st-minute penalty to ensure Palace went into the break on the winning side.

A pulsating encounter in the second half could not produce any goal until the 90th minute when Andros Townsend smartly sent a low driven shot into Norwich City’s net to kill off the game.

At the end of the 90 minutes, Jordan Ayew and his Crystal Palace side bagged all 3 points to better their position on the EPL standings (7th).

Fellow Ghanaian international, Jeffrey Schlupp also played 90 minutes for Palace but picked up a yellow card in the dying minutes of the match.