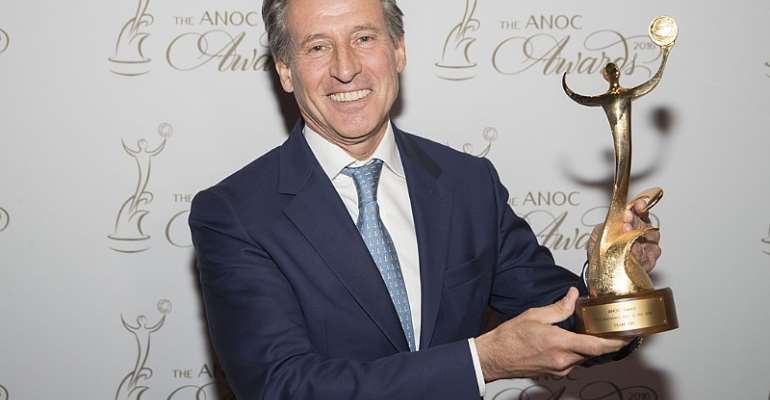 IAAF President Sebastian Coe talks to the media during an IAAF press conference prior to the 17th IAAF World Athletics Championships Doha 2019 on September 25, 2019, in Doha, Qatar. (Photo by Andy Lyons/Getty Images for IAAF)

DOHA, September 25, 2019 - Sebastian Coe will remain President of the International Association of Athletics Federations (IAAF) for another four years after being re-elected unanimously with 203 votes.

Coe stood unopposed for a second term having replaced Lamine Diack in 2015. The 62-year-old’s re-election has come two days before the start of this year’s IAAF World Championships in Doha, Qatar.

Before the election, the Congress had voted 164 to 30 in favour of the decision to extend Russia’s suspension from the IAAF. The sanction, which hit the country as a consequence for a widespread state-supported doping scandal, means Russia cannot compete under its own flag.

Hence, Doha 2019 will be the second straight world championship, where the Russians competing will do so without their country’s flag or uniform. Russia were originally banned in November 2015, shortly after Coe's election in Beijing. The ban has since been extended 11 times.

"This was not an easy journey," Coe told delegates following his re-election.

"The first four years have been the time of change, the next will be a time of building."

The election for the IAAF vice-presidents began with controversy as the Athletics Integrity Unit suspended one of the candidates — Ahmed Al Kamali of the United Arab Emirates — for a "potential Violation of the IAAF Candidacy Rules and Integrity Code of Conduct".

But in the end, one of the main highlights was the election of the first female vice-president in the IAAF's 117-year history. A position that went to Ximena Restrepo, the first Colombian to win an Olympic medal in athletics when she claimed a bronze in the 400 metres at Barcelona 1992.

She was elected ahead of Canada's Abby Hoffman, the 1963 and 1971 Pan American Games 800m gold medallist and 1966 Commonwealth Games 880 yards champion, and The Netherlands' Sylvia Barlag, who finished 10th in the pentathlon at the 1980 Olympic Games in Moscow.

“Ximena is a former athlete which is tremendously helpful when you’re driving the sport forward,” said Coe. “I am delighted that we have for the very first time elected a female Vice President and that she will be joined by seven other women on council. This is a historic moment.”

“I’m really honoured to take this position,” said Restrepo. “It’s a great moment for me and for my country. I would like to thank you, Seb, because this was only made possible because of you and the changes made to the constitution.

“I think we, as women, now have more opportunities than before. I just hope I can do a good job. I’d like to thank all of the member federations who voted for me. I hope I can be all that they expected me to be.”