Messi: It's The Team That Counts

Lionel Messi collected The Best FIFA Men’s Player award for the first time, though it is the sixth time that he has been recognised by world football’s governing body as the player of the year.

After beating fellow finalists Cristiano Ronaldo and Virgil van Dijk to the award, the 32-year-old Argentinian star shared his views of the evening with FIFA and looked back on his award-winning season.

You’ve won a lot of awards but this is your first The Best.

How do you feel?
I’m very happy to receive this award.
Like I always say, though, individual awards are secondary to me because it’s the team that counts.

It’s a special night because I’m lucky enough to have my wife here and two of my three children as well.

To be able to enjoy this moment with them is unique.

This award aside, how would you sum up the season you’ve just had?

It was strange.
We were having a fantastic season as a team and then one match changed it all (Barcelona’s defeat to Liverpool in the second leg of their UEFA Champions League semi-final).

It was such a massive disappointment that we just didn’t attach any importance to the League and we didn’t prepare properly for the Copa del Rey final.

That’s how big a blow it was for us. That one game left its mark on a season that had been perfect up to then.

We were so close to making another Champions League final, but it ended up being a painful campaign for us.

At the recent UEFA awards, you were seen chatting very amicably with Cristiano Ronaldo.

Why do you think people are surprised when they see both of you getting along together?

Because of the big sporting rivalry that’s developed between us over the last few years, because one us played for Barcelona and the other for [Real] Madrid, and because we won individual awards.

People perhaps think the rivalry goes beyond football, but it doesn’t.

We both want what’s best for our teams and neither of us like losing.

It’s something we don’t accept.
That’s why there’s that competitiveness between us.

The important thing is that it stays there, out on the pitch.

We’ve seen some new faces at Barcelona at the start of the season, such as Ansu Fati.

What do you make of the expectation he’s generating?

I really like him and I try to help and support him.

He’s an amazing player and he’s got what it takes to succeed.

But if I look at it through my eyes, I’d like them to bring him on gradually, like they did with me when I started, taking things nice and easy and without putting pressure on him. 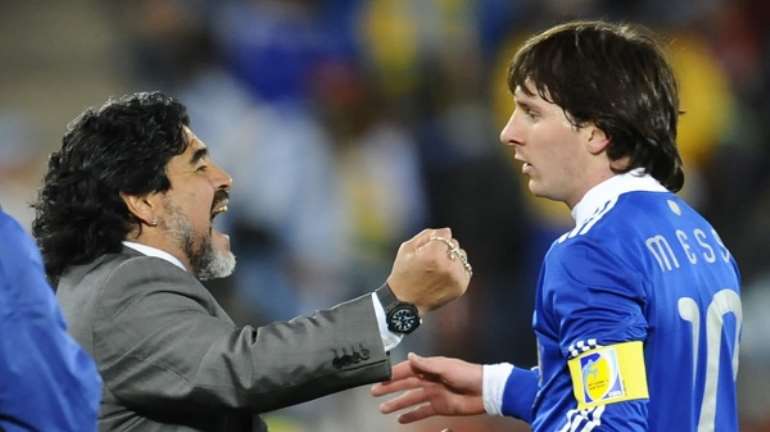 You have to remember that he’s only 16.
I hope he keeps on enjoying it and that all the fuss around him doesn’t have a negative impact on him because he has the quality to become one of the best.

So now you can understand how Ronaldinho treated you when you started out.

Ronaldinho and [Frank] Rijkaard too, who was the coach back then.

In fact, I’d say the whole team.
Everyone helped me in one way or another, especially the coach when he left me out and I used to get annoyed (smiles).

Now that I’m older I’ve come to understand that was the best thing for me and I’ll always be grateful to him for that.

I’ve told him that too. The way he handled me was really important.

The Argentinian national team are undergoing a major transformation too.

Have any of your team-mates surprised you in particular?

I wouldn’t say they’ve surprised me because I knew them already and I know what they’re capable of.

I see them with their clubs and I knew about the new breed coming through.

Where they have surprised me, though, is as people.

There were a lot of them that I didn’t know personally, and it was a lovely surprise to be able to share a Copa America with them and see that aside from being great players they’re very normal and down-to-earth people too.

Lionel Scaloni has just been given the Argentina job on a permanent basis.

How would you describe him?
He’s a coach who has things clear in his head, who knows how to watch football and is very good at getting things across.

He’s easy to understand, he’s good at his job and he knows how to handle the players.

I think they got it right in giving him the job permanently and the space and time he needs to work with the national team.

Talking of Scaloni and looking at Pablo Aimar, do you see yourself as a coach one day?

I’ve always said that I don’t, but you never know.

I look at them and start thinking that I would like to work with youngsters, to train them and coach them, but right now I honestly can’t see it happening.

It might happen over the new few years, though.
I don’t know.
And talking of coach, we have to ask you about Diego Maradona’s return to Argentinian football.

Did you see him take up his new job?
Yes, I saw it.
Obviously I’m delighted to see him back, to see him coaching again.

I was there when he was in charge of the national team and he really enjoyed it, lived it to the maximum.

He has to do the same now with Gimnasia.
I’m delighted he’s back in Argentinian football, which is where he has to be if you ask me.

And what about you? Are you thinking of ending your career back in Argentina?

Yes.
That’s what I’ve always said, haven’t I? It’s a childhood dream of mine to play in the Newell’s shirt, though I don’t know if I can make it happen.

It’s not just down to me, though.
I’ve got three children.
La Liga, the Champions League and the Copa America: what is Lionel Messi’s main objective this season?

All of them.
It’s been four years since we’ve won the Champions League and we really want to win it again. We know, though, that if we don’t do the job day in day out, then we won’t make it.

And as for the Copa America, I’m really looking forward to having the opportunity to go for it yet again. 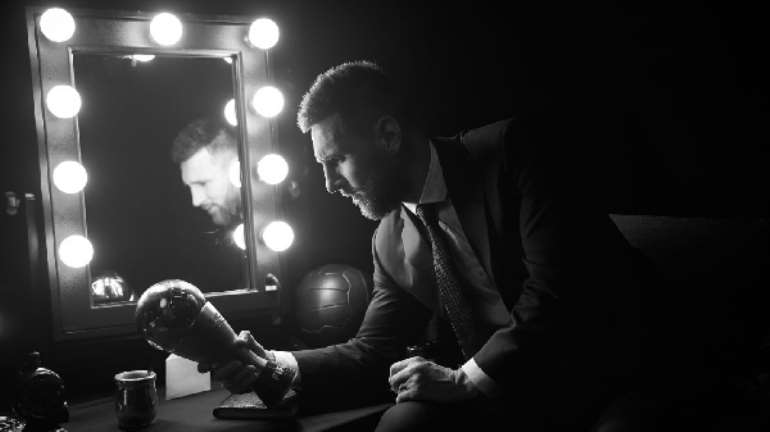