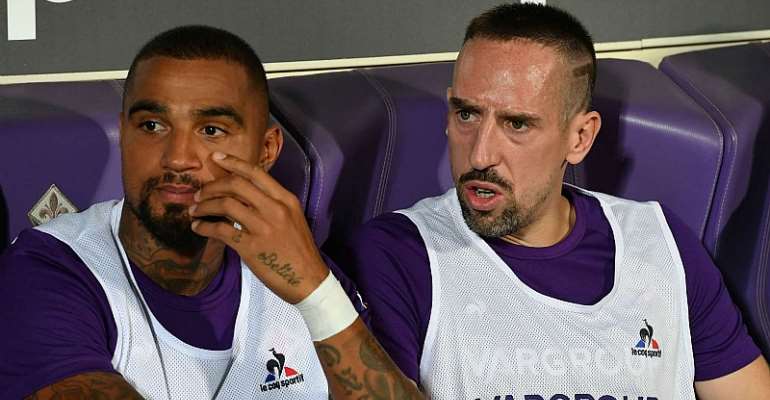 Kevin Prince-Boateng’s Fiorentina are yet to win a game 2019-20 Serie A, after playing out a 2-2 draw with Atalanta on Sunday.

La Viola scored in either half through Federico Chiesa and Franck Ribery, to establish a 2-0 lead.

However, Atalanta equalised in the closing six minutes, thanks to Josip Ilicic and Timothy Catagne.

The result leaves Fiorentina rooted at the bottom of the Serie A log, with just two points after four matches.

The Ghanaian international started from the bench and replaced veteran Ribery in the 69th minute.

Boateng also received his second yellow card of the season, having been booked in the opening day 4-3 home defeat to Napoli, in which he scored his only goal for the Florence-based team to date.

He had 17 touches in the match, made 11 passes with an accuracy of 81.8%, making two dribbles and one clearance.

The game was marred by racist chants towards Fiorentina defender, Dalbert. The referee stopped the match but it resumed later.

Boateng has been a campaigner against kicking out racism in football having been subjected to it multiple times in his career, especially in his previous stints in Italy.

The former AC Milan man will hope his side can finally get their first win of the campaign when they host fellow strugglers Sampdoria at the Artemio Franchi on Wednesday.