Top Five Nations With The Most AFCON Titles 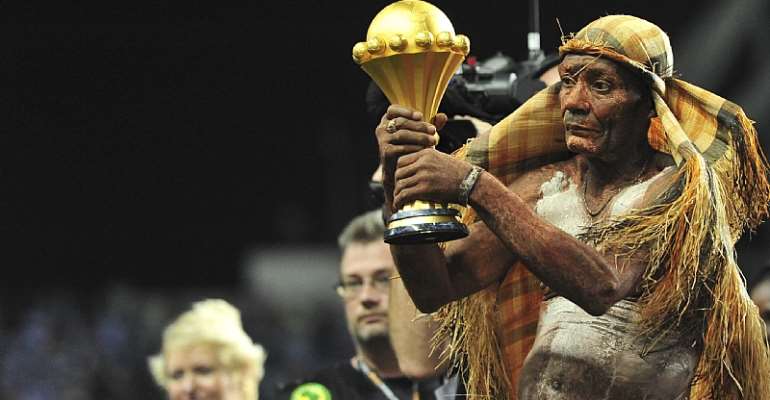 AFCON 2019 champions Algeria won their second title in history. Yet, the Dessert Foxes are still some way behind Africa's supremos when it comes to championship totals. Futaa looks at who's taken home the most AFCON trophies.

Without surprise, North and West Africa enjoy huge dominance. The continent's long-standing conquerers are Egypt. The Pharaohs have lifted an astonishing seven titles. But West African giants like Cameroon, Ghana, and Nigeria are not too far behind.

A few Southern nations also deserve mention for having tasted African dominance on single occasions. South Africa became champions on home soil in 1996 - thanks to a classy 2-0 win over Tunisia in Johannesburg. Zambia's Chipolopolo followed much later. The then Harve Renard-coached side defeated tournament favourites Ivory Coast in 2012's final in Gabon.

The North and the West have otherwise created a two-horse race.

Meanwhile, the road to AFCON 2021 begins in March 2020. With nothing much having changed as far as strength and pedigree, it is easy to imagine another West and Africa battle. Africa's finest talents such as Liverpool duo Sadio Mane, Mohammed Salah and Manchester City's Riyaad Mahrez show no signs of slowing down.

Could we see the number one-ranked Senegal winning their first-ever title? Egypt to open the gap with an eight title? Or do Algeria have enough strength to make a successful defence?

We will shall find out at AFCON 2021 in Cameroon.

[Hot Video] Shatta Wale vim dies as prisoners hoot at him in...
53 minutes ago