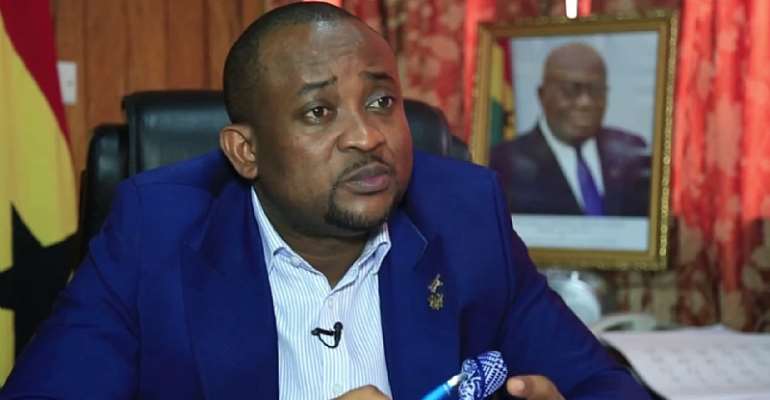 The Daily Statesman has exclusively obtained a copy of the report by the Criminal Investigation Department (CID) which cleared Deputy Information Minister Pius Enam Hadzide of any wrongdoing in relation to the visa scandal which marred Ghana’s participation in the 2018 Commonwealth Games in Gold Coast, Australia.

The Daily Statesman has exclusively obtained a copy of the report by the Criminal Investigation Department (CID) which cleared Deputy Information Minister Pius Enam Hadzide of any wrongdoing in relation to the visa scandal which marred Ghana’s participation in the 2018 Commonwealth Games in Gold Coast, Australia.

Mr Hadzide was Deputy Minister for Youth and Sports at the time of the alleged visa fraud and racketeering which led to the deportation of about 60 people from Australia.

The allegations resulted in his suspension by President Akufo-Addo from the Sports portfolio, together with the acting Director-General of the National Sports Authority (NSA), Robert Sarfo Mensah, and the NSA board chairman, Kwadwo Baah Agyemang.

The matter was referred to CID for investigations, following which Mr Hadzide was cleared of any wrongdoing. He was later appointed Deputy Information Minister. Mr Baah Agyemang was also reinstated.

In and among Ghana’s delegation to Australia was a group of people who had been designated as journalists even though that was not true.

“The Deputy Minister of Youth and Sports, Honourable Pius Enam Hadzide, was also mentioned as someone who influenced the inclusion of some people in the accreditation machine … Again the Deputy Minister’s name was mentioned as employing the services of one Patrick Ampadu to collect twelve thousand US dollars ($12,000) on his behalf from one Maxwell [Koffie Lugudor],” the CID report says.

“The supposed Maxwell [Lugudor] was called and in his statement also denied having paid any such money to the said Patrick Ampadu.”

It was also alleged that there was a meeting between the sector Minister and Mr Hadzide, together with the acting NSA director general, during which the director-general “admitted that he added four (4) names and the Board Chairman of the NSA also added five (5) names to the accreditation list”.

According to the CID report, “Even though a greater number of journalists and others applied through the link opened by the Gold Coast Organising Committee, all of them had their applications approved.”

It adds that out of the 12 people who were handed over for investigation, three were indeed journalists from accredited media houses whilst one was a staff of the National Sports Authority.

“The remaining eight (8) were those found to have posed as journalists. They will all be arraigned before the court for making false declarations to obtain visas after we have obtained the necessary supporting evidence,” the report adds.

“The allegation that the Deputy Minister of Youth and Sports, Honourable Pius Enam Hadzide, facilitated the inclusion of several names into the Commonwealth Games accreditation system could not be proven.

“Also allegation that one Patrick collected twelve thousand United States dollars ($12,000) from one Maxwell on behalf of Honourable Hadzide could not be established,” the CID report says.

The report adds: “The alleged meeting between the Honourable Minister of Youth and Sports, his Deputy and the Acting Director-General of the National Sports Authority where the Acting Director-General was alleged to have stated that he caused four names to be included in the accreditation list whilst the Board Chairman of the NSA also caused five names to be added have all been denied. There no evidence to support the alleged meeting and the confession.”

Read the full report in the Daily Statesman on Monday.