Salah And Mane To Score Against Newcastle - Mybet.africa 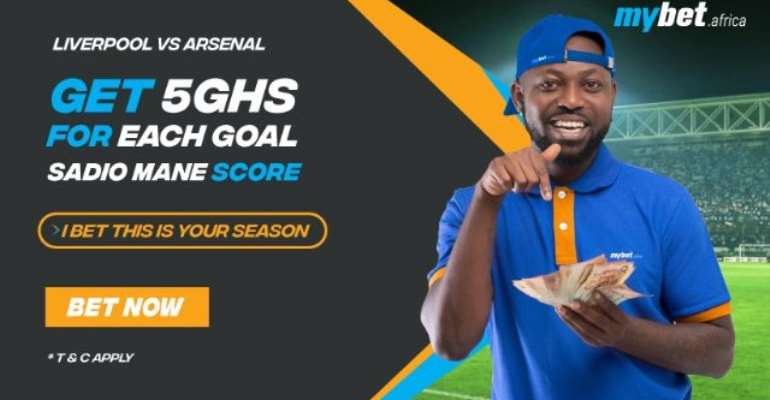 One of the leading sportsbook makers in Africa, mybet.africa, strongly believes both Salah and Mane will score this weekend when Liverpool welcome Newcastle at Anfield to signify unity.

The sight of the usually mild-mannered Sadio Mane, incandescent with anger, aimed in the direction of Mohamed Salah, raised eyebrows at Turf Moor.

Liverpool had done enough to walk away from Burnley with the points after a tactical display saw them run out 3-0 winners. Mane was clearly irked at an incident prior to his substitution where Salah had elected to try and shift the ball onto his unfavoured right foot for a shot when the No.10 man was unmarked and ready for a simple tap-in.

However, mybet.Africa believes the two will settle their differences on the field on Saturday hence they are offering special odds of 3.0 to sports punter to place a bet on the match.

Punters who bet 10GHs will get 10GHs bonus for Liverpool’s Champion League match on Tuesday in addition to their winnings should both players score.

Salah and Mane shared a Premier League Golden Boot award last season, with twenty-two goals apiece, and the influential African duo has started this season in electric form, scoring five between them for the Reds so far. Both Salah and Mane have played 10 matches respectively this season, with both players scoring five goals with two assist each. However, for four matches played in the EPL, Mane has scored twice, whiles Salah has scored three goals.

The international break has afforded the pair the perfect chance to rest up and smoke the peace pipe as much will be expected from the duo this weekend.

Liverpool will play six times, between September 14, and October 2. They will need all hands on deck for a busy period of action that includes games in the Champions League, Premier League and Carabao Cup.

Klopp will be enthused by the fact that he has been able to work with his biggest goal threats for the entire week ahead of the opportunity to open up a five-point lead at the top of the league table at home to Newcastle.