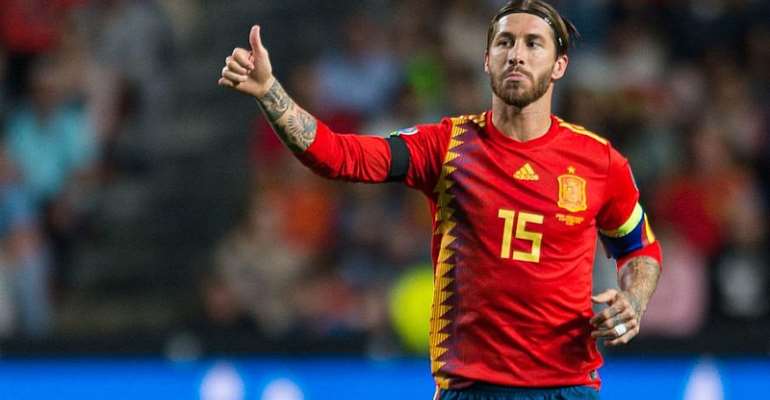 The La Roja captain earned his 167th cap to move level with Iker Casillas as the most-capped Spain player of all-time.

Both Rodrigo and Paco Alcácer bagged a brace for the hosts in Gijon, with the Borussia Dortmund forward's double coming within the space of three second-half stoppage time minutes as Spain made it six wins in six matches.

Armenia kicked off the day's qualifiers with a 4-2 victory over Bosnia & Herzegovina. Henrikh Mkhitaryan, who joined AS Roma on-loan from Arsenal on transfer deadline day, scored a double for the hosts.

Switzerland built on their unbeaten run with a comfortable 4-0 win over Malta, while Chelsea midfielder Jorginho scored a 79th-minute penalty to keep Italy's perfect record intact.

Norwich City's Teemu Pukki continued his scoring run to pull Finland level in Tampere, only for Jorginho to bag the winner seven minutes later to lead the Azzurri to victory and six points clear atop Group J.

The shock of the evening came in Athens were 54th ranked Greece were held to a 1-1 draw by Liechtenstein, who are ranked at 182nd place in Fifa's latest world rankings. Dennis Salanovic scored the equaliser in the 85th minute to earn the country it's first point of the qualifiers.