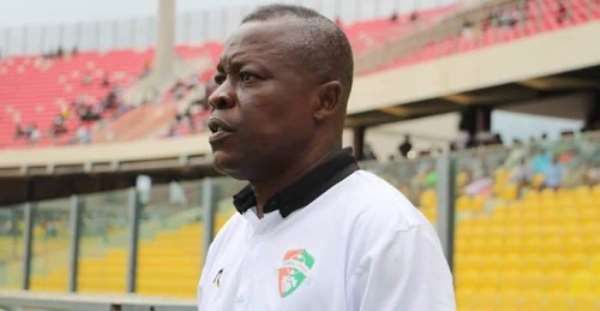 Karela United coach, Johnson Smith, has appealed to the Normalisation Committee (NC) of the Ghana Football Association (GFA) to expedite action on the normalisation process to ensure the immediate return of competitive football in the country.

According to him, the current antagonism between club administrators and the interim football management body has not been healthy, thereby delaying the process of stabilising football activities in the country, hence putting pressure on owners of football clubs.

“I am urging the Normalisation Committee to speed up the process towards reaching a common ground with the football administrators so that we can start playing our league.

“Some of the teams have resumed training but have no competitive games to play and we cannot continue to train only to play friendly matches,” the Karela coach told the Graphic Sports in an interview.

The former deputy coach of Asante Kotoko claimed that the players who featured for his side and lost to Kotoko in the final of the Normalisation Committee Tier 1 Special Competition have all left the country, except two.

He explained that those players were inactive so they decided to leave the country for where they could play active football. He, however, explain that if the national league was in session, the players might not have left.

“It is sad that the players I trained for the Special Competition have all left with the exception of only two. Now I have to train a different batch of players and wait for when the league will start, and this does not promote the image of the league.

“If the league was played on time, they might not have left; they left because there was no competitive football in the country,” Coach Smith posited furiously.

The coach expressed his disappointment at the NC for not fulfilling its promise to synchronise the national league with that of Europe.

“I remember the NC announced that they would try and make the Premier League resume with the European leagues, but they have started some weeks ago and we don’t even know when we are starting,” he lamented.

Gov't sets up committee to ensure vaccine development in Gha...
35 minutes ago