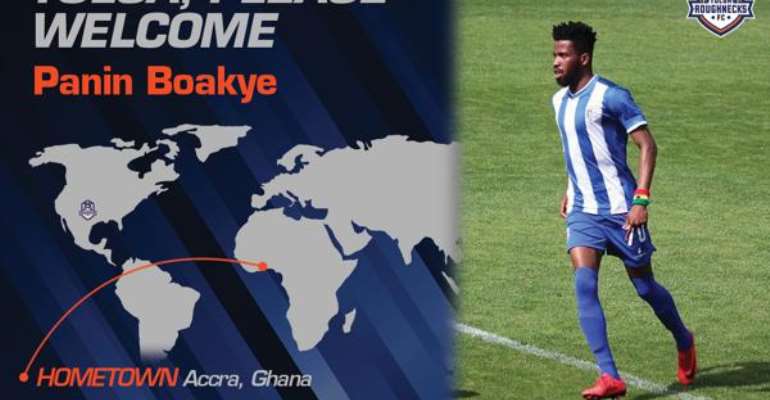 United Soccer League (USL) side Tusla Roughnecks has confirmed that they have completed the signing of Ghanaian international Panin Boakye Mensah from Futebol Clube de Vizela.

The 24-year old has been in negotiations with the American club in the last couple of weeks and has successfully joined after impressing for his Portuguese club last season.

A statement from the USL side revealed, “Tulsa Roughnecks can today announce the acquisition of forward Panin Boakye from Futebol Clube de Vizela, a Portuguese club out of the Campeonato de Portugal”.

“Boakye has netted eight goals in his 34 appearances for the club. Boakye has played in multiple levels across Portuguese professional soccer and will be looking to make an immediate impact on U.S. soil”.

“The 24-year old hails from Accra, Ghana and will wear number 21 for Tulsa Roughnecks FC”