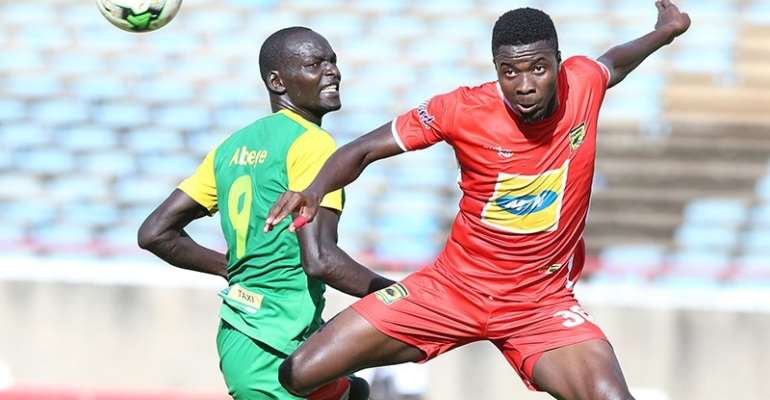 The formal Karela United defender sustained a knee injury during the club's training session at the Adako Jachie training complex prior to their CAF Champions League campaign opener against Kano Pillars.

He has since been sidelined awaiting to recover to join his teammates. It is however understood that the degree of the injury is severe to the extent that he will require surgery.

Though it is believed such action should have been taken a while back, management of the Porcupine Warriors has now disclosed that preparations are being made for Ganiu to be airlifted to Germany for treatment.

Speaking in an interview with Asempa FM earlier today, club PRO Kennedy Boakye Ansah shared, “We are preparing to take Abdul Ganiu to Germany for surgery”.

The player was instrumental for Kotoko last season during their exploits in the CAF Confederations Cup as well as the GFA Normalization Committee Special Competition.