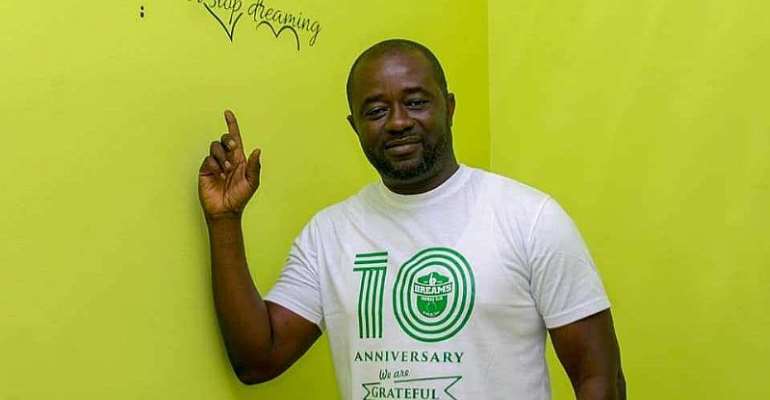 The Chief Executive Officer of Aduana Stars, Albert Commey has insisted that he will be disappointed if Edwin Kurt Okraku does not vie for the Ghana Football Association presidency seat.

The Dreams FC boss is yet to declare his intention for the Ghana FA top seat.

Osei Kweku Palmer, George Afriyie, Fred Pappoe, Alhaji Grusah have all contest their intention to contest for the seat.

The country's football governing body top seat has been vacant since the resignation of Kwesi Nyantakyi following the airing of the 'Number 12' documentary by undercover journalist Anas Aremeyaw Anas.

But according to the former Hearts of Oak CEO, Mr Okraku is the best candidates for the seat due to his knowledge in-depth in football.

"Kurt Okraku is my candidate for the Ghana FA presidency seat," he told Asempa FM.

"It is important we get a quality person to lead Ghana football and in my opinion, Kurt Okraku is the best person and I will be disappointed if he [Kurt Okraku] does not contest.

"I believe his manifesto will be a true reflection on our football," he added.