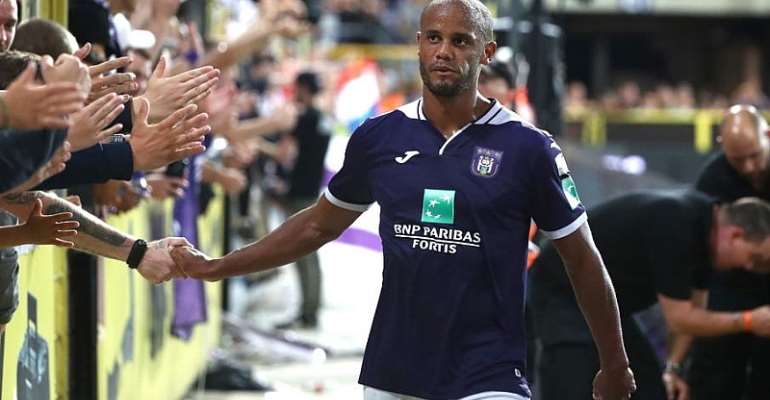 Vincent Kompany’s role as Anderlecht player-coach has been changed and he will no longer have a decision-making position on match day so he can concentrate on playing, the Belgian club said on Thursday.

The 33-year-old will act as team captain and take no other decisions, leaving his assistant Simon Davies in charge from the dugout.

Davies, who started his playing career at Manchester United and won a single cap for Wales, arrived at the Brussels club with Kompany at the start of the season from Manchester City.

Kompany returned, after more than a decade at City, to his first club, seeking to lift them out of the doldrums.

But Anderlecht have made their worst start to a season in 21 years with only two points from their first four games and the change has been made ahead of Friday’s trip to champions Racing Genk.

Davies, 45, who had been on City’s coaching staff from 2013, will now handle the tactics and changes on match day, leaving Kompany to take over as captain and provide more on-field leadership.

The poor results have come as Anderlecht have fielded youthful sides in a bid to return to their days as producers of young talent in a mould similar to that of Ajax Amsterdam from the neighbouring Netherlands.

Kompany’s kids have struggled but the former Belgium captain has vowed to continue to pursue the policy.