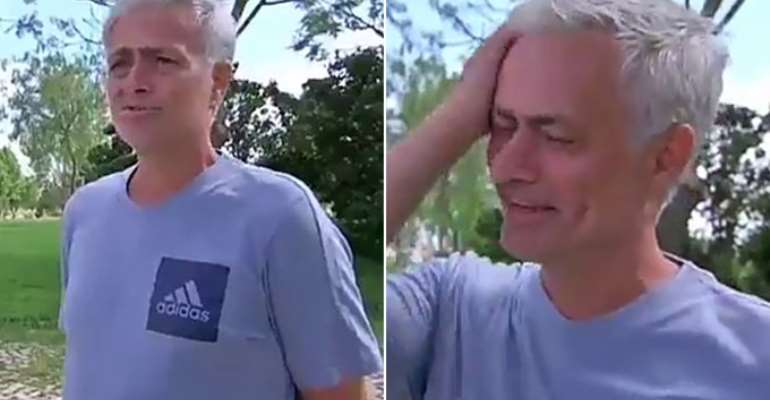 Former Chelsea and Real Madrid manager, Jose Mourinho has admitted that he misses football and wants to get back in the dugout as soon as possible.

The 2010 UEFA Champions League winner for the first time in 20 years is without a club and says it a tough one for him currently.

The 56-year-old in December 2018 mutually parted ways with Manchester United and after a disastrous start to the season and his currently searching for a job although he is on punditry duty for Skysports.

"Now that it's stopped, instead of enjoying it, I can't really enjoy it, I miss it."

Mourinho who has been signed by Sky Sports to be a pundit throughout the 2019-20 season says he is keen to get back into management and he is learning German, which could open the door to a move to the Bundesliga.

I'll Be The Last Person To Derail Ghana's Peace – ACP Agordz...
41 minutes ago