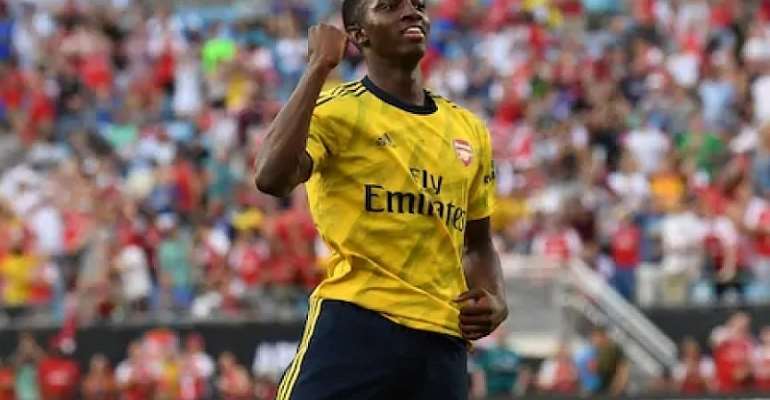 The highly-rated forward has emerged on the radar of the Merkur Spiel-Arena outfit following his explosive output in preseason.

The 20-year-old scored twice against Fiorentina and the winner in Arsenal's 2-1 victory over Bayern Munich.

The English born Ghanaian international has one goal in five Premier League appearances for Arsenal having made his senior debut against BATE Borisov in the Europa League in 2017.

He has also been linked with a move to Championship duo Leeds United and Bristol City.

Nketiah is eligible to play for Ghana despite representing England at the U19 and U21 level.