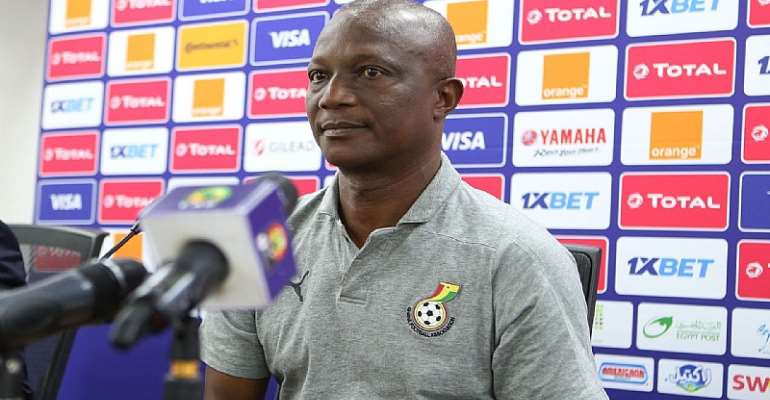 The Chief Executive Officer of Aduana Stars, Albert Commey has revealed that some Executive Committee member of the Ghana Football Association refused to approve the reappointment of Kwesi Appiah

The 59-year-old was reappointed as the head coach of the Black Stars in 2017 after the country's shambolic performance at the 2014 FIFA World Cup in Brazil.

According to the asstute football administrator, despite the disapproval from the GFA Executive Committee, the appointment of coach Appiah was pushed through because of orders from a higher authority outside the FA adding that the country was tired of hiring expatriate coaches.

He also revealed that the appointment of Kwesi Appiah as head coach became an issue within the former Executive Committee members of the Football Association as they were not happy the appointment was made without their consent and approval.

“Prior to Kwesi Appiah’s appointment, I was in a meeting and there were discussions. Kwesi Appiah’s appointment was done outside the Executive Committee. We were not happy. The Emergency Committee met and took the decision. It became an issue and almost all the exco members were not happy because there was an issue, he disclosed this onAgodieon UTV.

He also revealed that there was a plan for the two deputy coaches appointed for Kwesi Appiah by the Executive Committee to understudy the head coach and be ready in the event Kwesi Appiah left.

“We were tired of appointing foreign coaches so I remember that we all agreed to appoint two deputies who can take over from Kwesi Appiah that is why we appointed IbrahimTankoand MaxwellKonadu.

Kwesi Appiah has come under a lot of criticisms from the public after Ghana’s disappointing exit from the 2019 Africa Cup of Nations in Egypt.

The Black Stars were eliminated from the round of 16 after losing to Tunisia through the penalty shootout.

There have been calls for Kwesi Appiah to resign or be sacked after that disappointing campaign in Egypt.