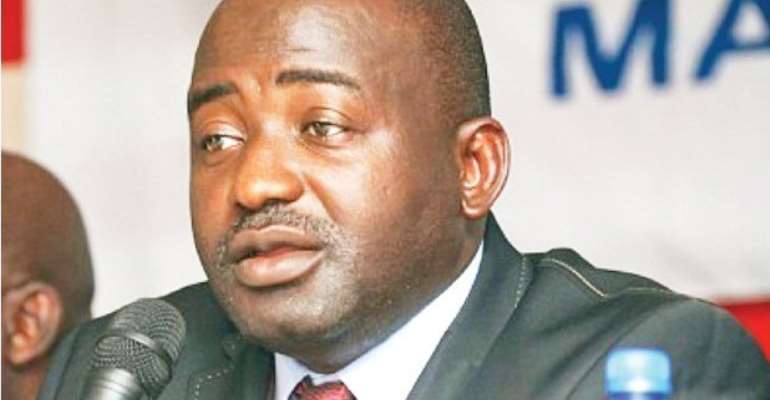 CAF Exco member Musa Hassan Bility says he will challenge the decision by the FIFA Ethics Committee to ban him from all football activities for 10 years.

FIFA announced today that it has banned Confederation of African Football (Caf) executive committee member Musa Bility for 10 years and fined him $500,000 for breaching its code of ethics.

FIFA found the former Liberia FA (LFA) president “guilty of having misappropriated Fifa funds, as well as having received benefits and found himself in situations of conflict of interest”.

But Bility in a statement said he will involve his lawyers to delve into the matter and challenge the decision by FIFA through all available channels.

On Tuesday 23rd July 2019 and through his retained legal team, Bility instituted proceedings before the Court of Arbitration in Sports in Lausanne – Switzerland to challenge the decision by CAF to impose FIFA SG Fatma Samoura as the “General Delegate” to CAF for a renewable term of 6 months, which decision was arrived at both un-procedurally and capriciously.

“Today, Wednesday 24th July 2019 I have been informed by the FIFA Ethics Committee of its decision to ban me from all football activities for a period of 10 years plus a hefty fine of CHF 500,000 for alleged misappropriation of funds during my tenure as the President of the Liberia FA.

“I have equally requested my legal team to delve into this matter expeditiously with a view to challenging this decision by the Ethics committee through all available channels, ” Bility said.

He added, “Many (including me) are bewildered by the convergence of the two events, coming so soon against the backdrop of my personal campaign and vocal opposition to some of these proposals and decisions.

“We all continue to be confounded by the mechanics of the Ethics committee and its weaponization. In the recent past we have witnessed the disposal of Ethics violations in the most sinisterly partial manner.”

The World Football governing body said it has been investigating the 52-year-old Bility since May 2018 following a forensic audit of the LFA.

The misappropriation of Fifa funds relates to those granted under the global body’s “11 against Ebola” campaign and as part of its Financial Assistance Programme.

Liberia was one of three west African countries affected by an outbreak of Ebola between 2013 and 2016 when more than 10,000 people lost their lives.

In a statement, Fifa added that there were also “various payments made by the LFA to (and received from) entities owned by or connected to Mr Bility and his family”.