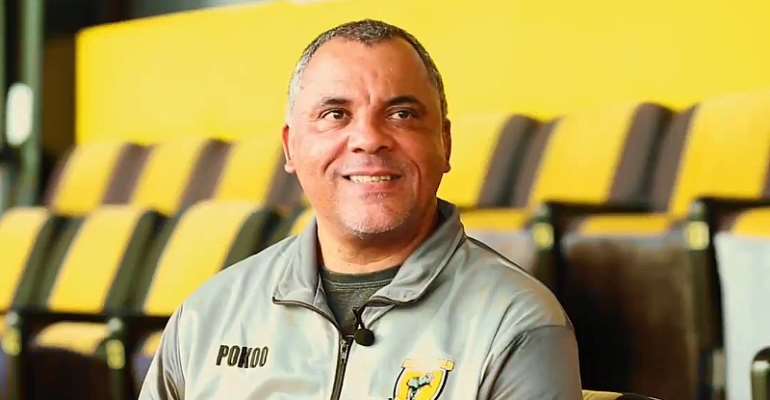 The Brazilian trainer arrived in the country on Sunday evening and held talks with the Miners and has now signed a 4-year deal to take charge of the club.

Da Rocha replaces Kjetil Zachariassen, who left the Obuasi-based side to join rivals Asante Kotoko after leading them to victory in the NC Special Tier 2 competition.

Da Rocha, who has previous coaching experience in Ghana with Ebusua Dwarfs in the 2017 season, is charged with leading the club to success in the CAF Confederation Cup.

The Miners have been drawn against Akonangui FC of Equatorial Guinea in the preliminary qualifying round of the competition which kicks off in August.

He has been tasked to qualify for the team to the money zone of the CAF Confederations Cup campaign.