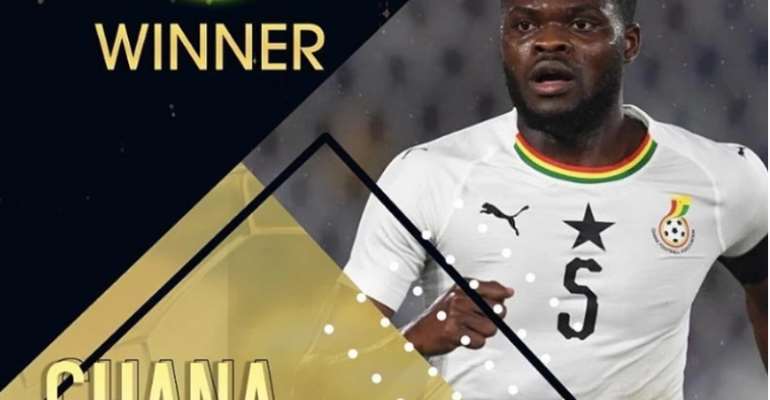 The Atletico Madrid midfielder beat off competition from Mukarama Abdulai of Black Maidens and Queens and Richard Ofori of the Black Stars and Maritzburg to win the most prestigious award on the night.

Partey had a very sensational season at club level with Athletico Madrid, managing to secure a starting spot in the water-tight midfield of the side.

The 26-year-old was also part of the Black Stars team that participated in the just-ended Africa Cup of Nations (AFCON), scoring one of Ghana’s two goals against Guinea Bissau.

Thomas Partey, despite being criticised for not living up to expectation in the 2019 Africa Cup of Nations, following Ghana’s early exit from the competition, his performance at club level was enough to hand him the Most Valuable Player Ghanaian Player in the 2018-19 season.

Meanwhile, Asante Kotoko were the biggest winners on the night. They swept four awards, namely the team of the year, the Goalkeeper of the Year and the Home-based Player of the Year went to Felix Annan and Fatawu Shafiu, respectively, while CK Akonnor was named the Coach of the Year.