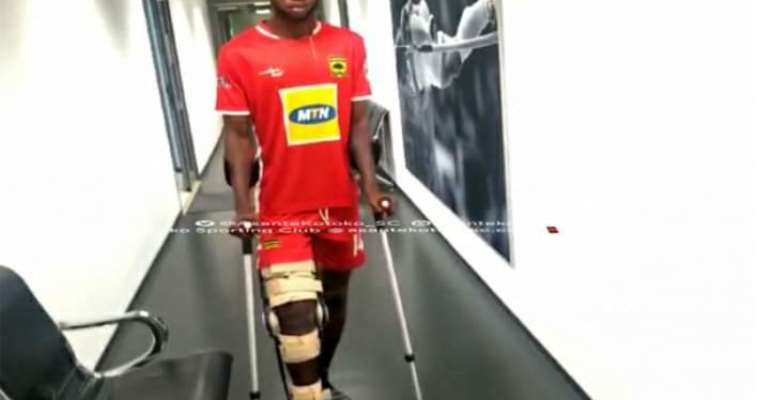 The Porcupine Warrior injured his knee during the side’s campaign in the CAF Confederations Cup when they defeated Zesco United 2-1 at the Baba Yara Sports Stadium.

A planned trip to Germany to undergo surgery was delayed by visa issue among other things until late last month when everything was resolved.

After undergoing successful injury in Germany, the player has now started rehabilitation as he targets getting back to full fitness in the shortest possible time.

Below is a video of the player in Germany posted on Kotoko’s official website after he commenced rehab yesterday.

Election Petition: Supreme Court is not a forum for “organis...
59 minutes ago

Two grabbed for child trafficking in Tatale
59 minutes ago