Ighalo returns from the brink to fire Nigeria against South Africa 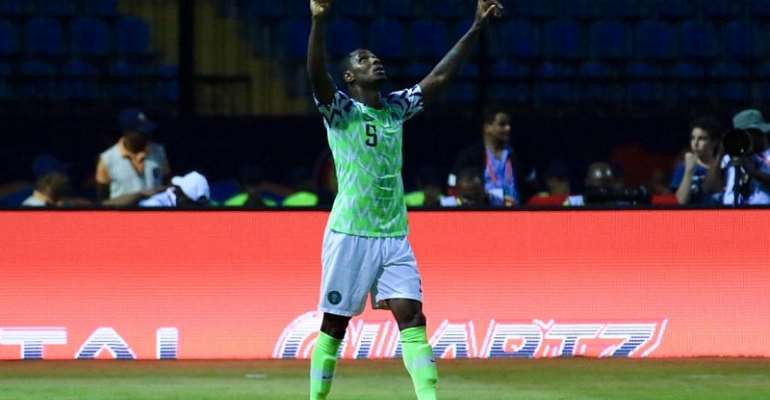 Odion Ighalo was on the verge of quitting international football last year after the World Cup but on Wednesday in Cairo he will lead Nigeria in their attempt to reach the semi-final at the Africa Cup of Nations.

The 30-year-old was singled out for what were deemed poor performances in Russia where Nigeria were eliminated after the group stages.

Only the encouragement of coach Gernot Rohr stopped him from veering away from the national squad.

"After the World Cup, Ighalo was criticised much more than normal," Rohr said. "We spoke together and he accepted the challenge to come back and play in the Seychelles in the first game after the World Cup and give his answer on the pitch.

“He was the best goalscorer in the qualifiers and when you have someone so strong it's really happy for the team and the coach."

Sharpshooter
Ighalo is joint top scorer in Egypt with three strikes in the victories over Burundi in the group stages and against Cameroon in the last 16. He also laid on Alex Iwobi's winner in the game against the defending champions.

"If I don't win the golden boot but won the Cup of Nations trophy I'd be very happy because we are here to do that," Ighalo said. “I'm a striker. I want to score goals but if they don't come and we win the game I will be more satisfied."

Rohr and his South Africa counterpart, Stuart Baxter, have bordered on game show knockabout with each man claiming the underdog status for his team in the match at the Cairo International Stadium.

Rohr insisted that a side that had beaten hosts Egypt in their own backyard had to be considered as favourite. Baxter riposted that Nigeria are one of the powerhouse outfits in Africa.

Away from the bluff and banter, South Africa did accomplish an unexpected feat with the 1-0 win over Egypt on 6 July at the Cairo International Stadium in front of 70,000 partisans.

“Because we could make it just a game … and not something that was about a big crowd and the host nation and do-or-die, that's why I think we achieved something," said Baxter about the victory over Egypt. "If we'd thought about everything, then I believe it would have been a disaster for us.

“And it will be the same thing in the match against Nigeria. It will be about putting in a performance and putting yourself in the space where you can give a performance and if we can get close to what we achieved against Egypt, I think we have a good chance."

Doctors warn of rising infections over non-adherence to COVI...
1 hour ago